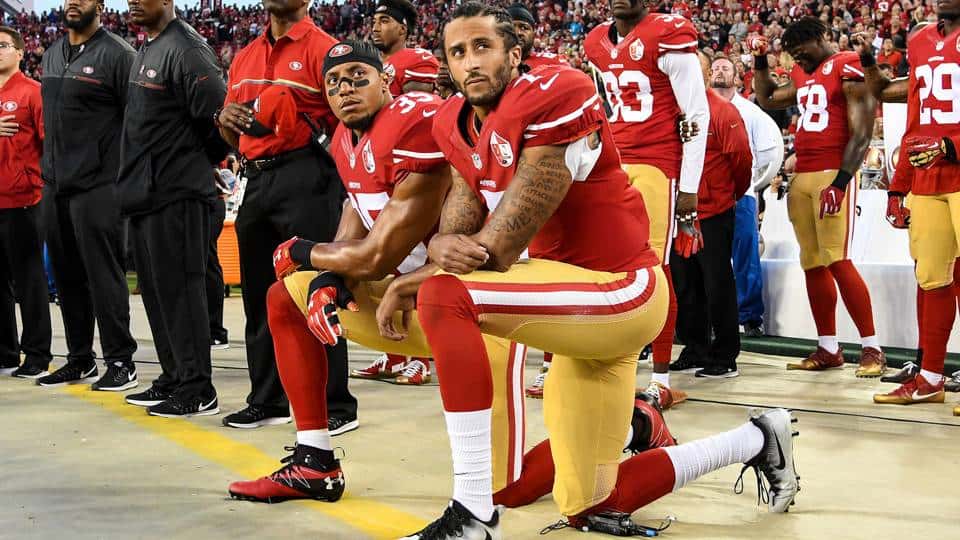 The NFL is experiencing some of the lowest television viewership ratings in history. Ratings for Week 1 were down roughly 13% year after year. This dip in viewership, which translates to a dip in revenue, could potentially push the league to consider reexamining their stance on sports betting.

Rating drops are always attributed to some other factor or event, such as natural disasters or reactions to anthem protests, for example. However, in the eyes of stakeholders, the only thing that matters is money. NFL betting is big. Betting on the Super Bowl is even bigger. According to research from the American Gaming Association, a lobbyist group for both land based and online casinos, Super Bowl LI drew $4.7 billion in bets. $132 million of those bets were placed legally in Nevada. $4.5 billion was wagered in offshore sportsbooks. They also noted a 11% spike in Super Bowl betting from the previous year.

These figures illustrate the magnitude of the sports betting industry. The revenue streams that leagues like the NFL are missing out on because of sports gambling’s illegal status in North America are enough to make one reconsider. NFL Commissioner Roger Goodell has been back and forth on his perception of sports gambling, though his general thoughts are that it is not good for the league. He believes that legalized wagering will affect the integrity of the game, when in fact all it would do is increase fan engagement. Proper regulatory structure would prevent any sort of illegal tampering.

The fact that the league recently announced the Oakland Raiders would be moving to Las Vegas, the epicenter of sports betting in the US, only contradicts Goodell’s position. One would expect that a franchise located in Sin City would mean the NFL is ready to embrace the industry, but so far nothing concrete has developed. Bettors can travel to Nevada and place bets with legal sportsbooks, but for those who cannot relocate, licensed offshore sportsbooks will have to do.

Licensed offshore sportsbooks provide safe and legal means for US residents to bet on sports—and the AGA’s numbers show that people are betting. The Super Bowl is getting closer, and bettors are already examining Super Bowl betting odds. Point spread bets, moneyline bets, totals, parlays, teasers, pleasers, prop bets, futures and more are all available for interested bettors. Until domestic sports betting is legalized in the US, these offshore sportsbooks will continue raking in the bulk of the revenue.

In regards to viewership, it is plausible that legalized betting would lead to a spike. After all, fans would be more invested emotionally if they were also invested financially. Whether or not the NFL publicly shifts its stance on sports betting remains to be seen, but if viewership continues to dwindle, the Commissioner may have to make a decision.