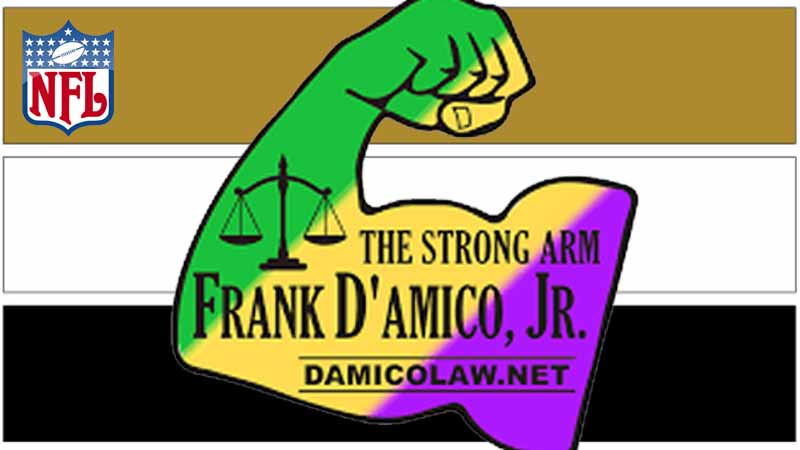 What are the chances the Louisiana attorney actually wins his case against the NFL over the Rams-Saints outcome?

Not good at all, according to oddsmakers.

Bovada now lists the odds of attorney Frank D’Amico Jr. winning his lawsuit against Commissioner Roger Goodell on behalf of the season ticket holders for the New Orleans Saints.

Will Louisiana attorney Frank D’Amico Jr. win his lawsuit against the NFL and Commissioner Roger Goodell over the missed call in Rams-Saints?

For those of you wondering why this lawyer is suing the NFL and the commissioner, here’s a quick summary:

During last Sunday’s NFC Championship between the Los Angeles Rams and New Orleans Saints, there was a blatant pass interference penalty by Rams cornerback Nickell Robey-Coleman on Saints receiver Tommylee Lewis that was not called by the officials near the end of the game. Have a look for yourself.

Pretty obvious, right? Well, not to these officials. The Saints had to settle for a field goal with just under two minutes left, which allowed the Rams to come back and tie the game, send it to overtime where they would win and advance to Super Bowl LIII.

As a result, on Tuesday, Saints season ticket holders Tommy Badeaux and Candis Lambert hired Louisiana attorney Frank D’Amico Jr., who is a personal injury lawyer, to file a lawsuit against the National Football League and Commissioner Roger Goodell over the blown call and the failure of the officials to call the penalty on behalf of themselves and all of “Who Dat Nation.”

The lawsuit by Badeaux and Lambert claims that Saints fans everywhere suffered irreversible damages and have no faith in the NFL any longer. Here’s is a portion of the section that lists the damages from the suit:

“As a direct result of the said incident, plaintiffs herein have been left bereft and with no faith in the National Football league for fairness despite the league’s own rules to correct such errors, along with emotional anguish, monetary loss for ticket holders, who purchases tickets with the presumption of integrity and fairness.”

But he’s the kicker, according to rule 17, section 2, article 3 of the NFL rulebook, the commissioner has the authority to reverse the outcome if an “extraordinary act” is deemed “extraordinarily unfair.”

If Goodell was to implement the rule, the outcome would be reversed and the game would be rescheduled to be played from the point of the “act” or from the very beginning.

The rule has never been used, so it’s highly unlikely it will be in this case. However, the Louisiana attorney puts it in simple terms that are almost too simple to understand:

“Why is the rule there if it’s not going to be implemented?” said D’Amico.

The NFL and Commissioner Goodell are under a lot of pressure at the moment and neither has commented on the issue, but they will have to send someone to court on Monday for the hearing—six days prior to Super Bowl Sunday when the Rams play the New England Patriots.

Many people are calling it the biggest blown call or the worst no-call in NFL history, and they’ve certainly got a strong case. A penalty like this one is pretty hard to dispute and the controversy has gotten to the point where it was presented today on the floor of the U.S. Senate by Louisiana Senator Bill Cassidy.

Regardless of whether you think it was a blown call or if you’re actually blind, there’s one more bet at Bovada you can make relating to all this, where the odds are a bit more balanced. This one seems like it might have a good chance if there’s enough pressure put on the NFL by the people, the fans, and “Who Dat Nation.”

Will the NFL add Replay for Pass Interference calls in 2019?