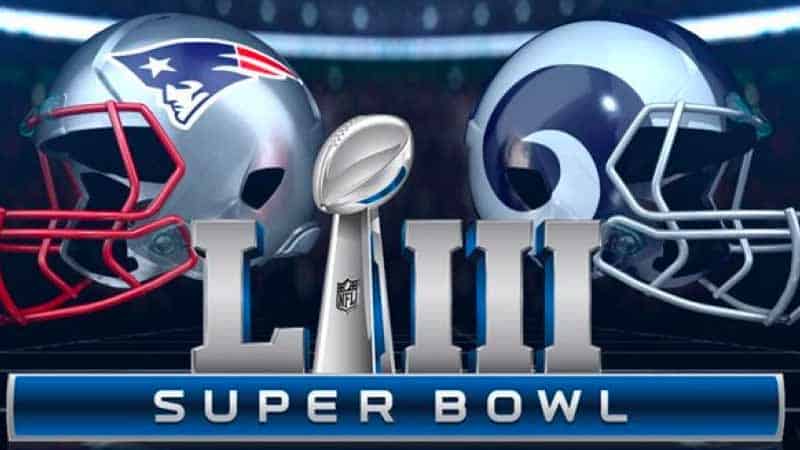 It looks like most bettors will be backing Brady’s bunch on Super Bowl Sunday.

After the Los Angeles Rams opened as a 1-point favorite for the Super Bowl LIII point spread, the betting line swung by 3.5 points for the New England Patriots within a couple hours, making them a 2.5-point favorite—a margin they’ve now held for a week and a half.

The initial over/under of 58 total points has seen betting action lower it slightly to 56.5 but is currently receiving an even amount of wagers.

In an interview with Forbes this week, Dave Mason from BetOnline said while most bettors will be rooting for Tom Brady and the Patriots, the majority of sportsbooks around the world will be pulling for Jared Goff and the Rams to win Super Bowl LIII

When the Super Bowl comes around each year, sportsbooks offer hundreds of different types of prop bets and put odds on commercials, the halftime show, players, the game itself, and countless others.

Mason offered some insight on which props are receiving the most action for Super Bowl LIII, and this year, Gladys Knight aka “The Empress of Soul” takes the top spot with a prop bet on the over/under 1 minute 50 seconds for the length of her rendition of the National Anthem.

“The National Anthem is the prop getting the highest bet count, with action split 50/50 on the over/under,” said Mason.

The coin toss is as popular as ever and this year, it seems as though most bettors believe “tails always fails.” Additionally, the possibility of the Super Bowl going to overtime or having a safety scored makes Mason a bit nervous—even if both are unlikely to happen.

He added: “As always, the coin toss is getting a ton of bets, with 55% of bettors on Heads,” said Mason.

Here are the current Super Bowl odds for the most popular Super Bowl LIII prop bets at BetOnline, according to Mason.

Will the game go to Overtime?

Will the game feature a Safety?

With only a few days left before Super Bowl Sunday, the clock is ticking if you want to bet on the final NFL game of the season.