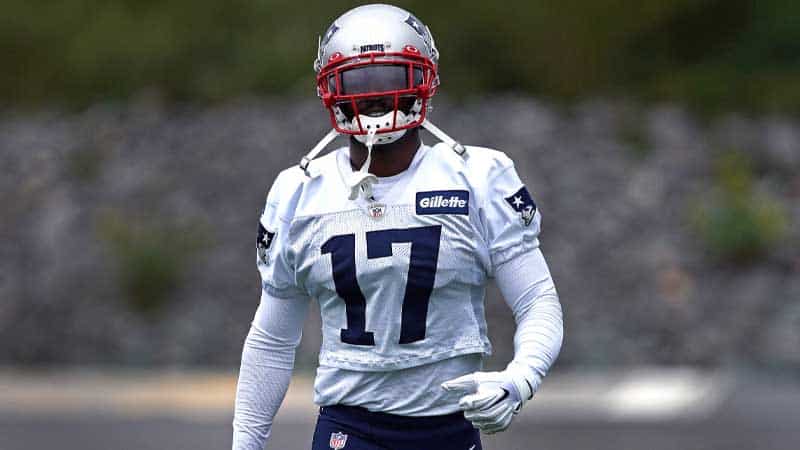 The defending Super Bowl champions just got even scarier.

After a long and tumultuous offseason with the Oakland Raiders, 7-time Pro Bowl wide receiver Antonio Brown was let go before even putting on the silver and black.

Despite the Brown’s recent antics and controversies, including a serious allegation of sexual assault against him in a civil lawsuit filed earlier this week, the public market went bet hard on the Patriots in the past week.

Prior to Brown’s signing, the Patriots were already the favorites and came in at +650 ($100 bet wins $650) odds to win Super Bowl LIV, giving the team a roughly 13.33% chance of hoisting the Lombardi Trophy when converted to an implied probability. Patriots fans looking to bet on Super Bowl 54 already saw their team favored by the bookmakers.

But in the week since adding the star wideout to its arsenal, the Patriots have nearly doubled their odds of being crown Super Bowl champs and currently sit at +350 ($100 bet wins $350) odds.

It wouldn’t be fair to say that Brown was the entire reason the Patriots chances increased during the past week.

Wide receiver Josh Gordon was reinstated by the NFL and looked impressive during the Week 1 Sunday Night Football matchup against the Pittsburgh Steelers.

And speaking of that matchup against the Steelers, the Patriots defense maybe even scarier than the offense likely will be with Brown and Gordon.

Despite not having a true defensive coordinator, the Pats D smothered the Steelers all night long and held Big Ben and company to just a field goal on their way to a 33-3 victory in Foxborough.

While Brown’s signing came too late to have him suit up against his former team, he’s likely to have an easy test against the putrid Miami Dolphins on Sunday. Currently, the Patriots are a huge 19.5-point road favorite against the Fins for their Week 2 matchup.

Here’s a look at where the Super Bowl LIV betting odds for all 32 NFL teams currently stand as the regular season heads into its 2nd week of play. Odds can be found at Bovada Sportsbook.