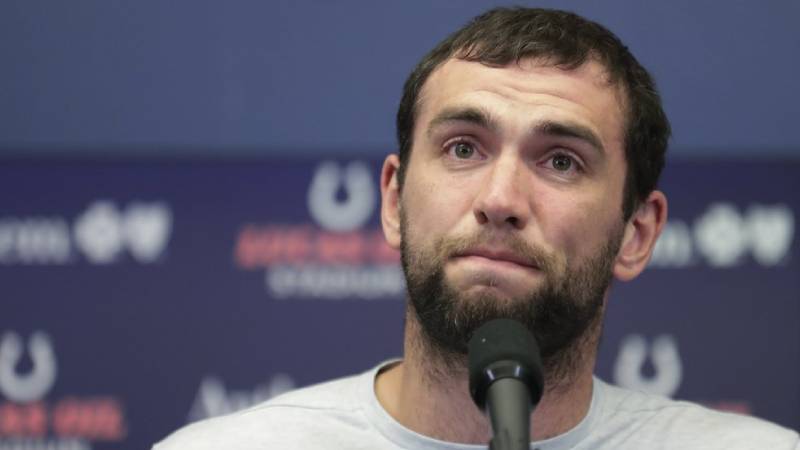 If you thought the Indianapolis Colts were going to win Super Bowl LIV, then think again.

Their Luck has officially run out.

Colts starting quarterback Andrew Luck, a 4-time Pro Bowl selection and 2018 NFL Comeback Player of the Year award recipient, shocked the world over the weekend when announced his retirement from professional football.

The 29-year-old former No.1 overall pick out of Stanford in 2012 said walking away from the game he loved was the hardest decision of his life.

Ultimately, after dealing with more injuries limiting his 2019 outlook, Luck chose to retire following the Colts preseason game on Saturday night, citing his numerous injuries as having “taken the joy” out of playing football.

After news broke during the Colts preseason game against the Chicago Bears, Luck chose to hold an impromptu press conference to address the issue rather than wait until the scheduled presser on Sunday.

His full speech can be found below.

As soon as the news broke, oddsmakers across the world rushed to take their odds down knowing that NFL handicappers would be quick to take advantage of betting against the Colts odds to win the Super Bowl without their star quarterback on the field for the upcoming season.

Just to give you an idea of how much Luck meant to the Colts chances of winning it all this season, before his announcement, BetOnline had the teams’ Super Bowl odds at +1600 or 16/1, meaning a $100 bet would win $1600 should the Colts lift the Lombardi Trophy at year’s end.

When converted to an implied probability, we can see that the sportsbook was giving the Colts a 5.88% chance of taking home the title with Luck behind center.

As for what their percentage chance is with Brissett as the starter, at +5000, we can see that the Colts have approximately a 1.96% chance to win the Super Bowl for the 2019-20 season.

This comes only three days after the announcement, and the odds may continue to fall depending on how Brissett looks during the Colts final preseason game against the Cincinnati Bengals on Thursday, August 29.

However, for now, here’s where the Super Bowl LIV odds currently stand for all 32 NFL teams, according to BetOnline.