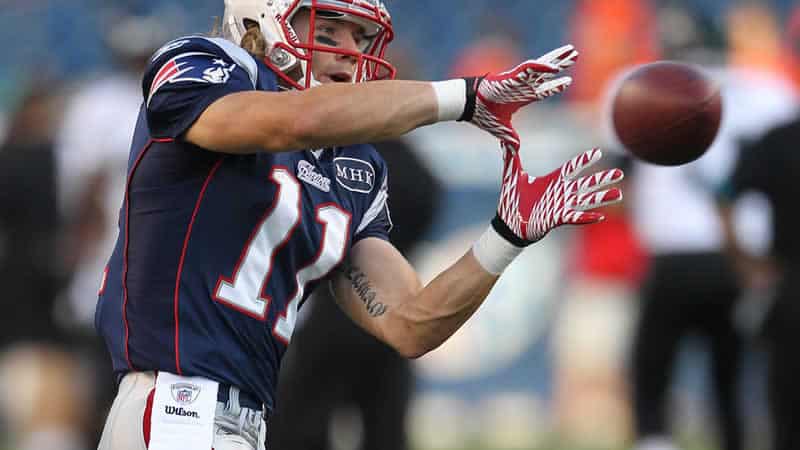 The New England Patriots are perhaps the last team you’d expect to need bulletin board material or to make public “nobody believes in us” or “us against the world”-like statements.

But after being listed as a 3-point underdog on the road against the Kansas City Chiefs in the AFC Championship on Sunday and after being “disrespected” by the sports media all season, they appear to have a chip on their shoulder.

And Julian Edelman has heard enough about soon-to-be 2018 regular season MVP Patrick Mahomes and the Chiefs, urging haters and doubters to essentially “put your money where your mouth is” and to #betagainstus in a hype video he made and posted on Twitter.

The 2018 NFL regular season was a unique one for the Patriots in the Brady-Belichick era, and they seemed to fly under the radar for most of the season with many talk show and radio pundits proclaiming they were washed up, average at best, and how the nearly two decade-old dynasty was dead.

But then they finished with an 11-5 overall record, won the AFC East for the tenth consecutive year, and secured a first-round bye by grabbing the No. 2 seed in the last week of the regular season.

However, when seeing the New Orleans Saints look like the best all-around team in the league alongside both the Kansas City Chiefs and Los Angeles Rams appearing as though they might have two future Hall of Fame quarterbacks duking it out for next decade in Patrick Mahomes and Jared Goff, it’s easy to see how the timeless vets from Foxborough might be overlooked.

Yet, here the Patriots are again, playing in the AFC Championship for the 13th time and looking to make their ninth trip to the Super Bowl since Tom Brady became the starting quarterback in 2001.

The Patriots made headlines last Sunday after their dominating win at home against the Los Angeles Chargers in the divisional round when Brady told CBS Sports’ Tracy Wolfson that “everyone thinks we suck and you know, can’t win any games.”

That soundbite made it into Edelman’s Twitter video, but ultimately, we’ll all find out if Brady and Edelman can prove the doubters wrong when the Patriots travel to Arrowhead Stadium to take on the Chiefs in the AFC Championship on Sunday.

Kick off is set for 6:40 p.m. ET, and the winner will advance to Super Bowl LIII on February 3rd. Both the AFC title game and the 2019 Super Bowl will be televised on CBS.