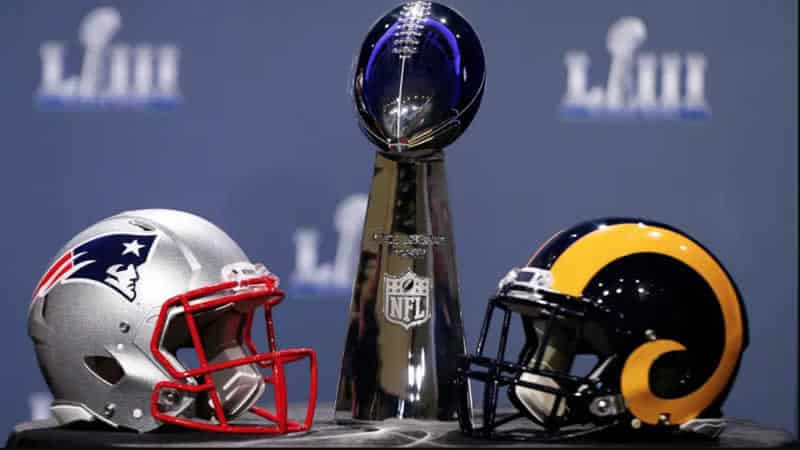 With Super Bowl 53 just a day away, one thing is now certain: Bill Belichick and Sean McVay will have their entire arsenal at their disposal for Sunday’s matchup.

On Friday, both the Los Angeles Rams and the New England Patriots released their final injury report and both sides are fully healthy with all players listed as full participants in practice yesterday, as reported by NFL Network’s Ian Rapoport.

This is good news for Rams and Patriots fans and for everyone betting on Super Bowl 53. Currently, the Patriots are a 3.0-point favorite and the over/under is set at 56.5 total points, according to Bovada.

During the week, both teams had two players each who were either a limited participant or were held out of practice.

For the Rams, kicker Greg Zuerlein and backup safety Blake Countess had been dealing with foot injuries since the NFC championship game against the New Orleans Saints. The Patriots only had defensive tackle Malcom Brown listed with a calf injury until outside linebacker Dont’a Hightower missed Thursday’s practice due to illness.

All four players were removed from the injury report on Friday, and both head coaches are pleased with the progress their players made and believe their teams are prepared and ready to play on Super Bowl Sunday.

“It was a great day today, getting Greg and Blake full,” Rams coach Sean McVay said. “We’re going into this game as healthy as you could hope for. Now, really it’s about just tightening things up, making sure we clean up any of the last little details, a little bit over 48 hours out. But there’s a confidence that I think has been earned. Certainly, we respect the Patriots, but we’re coming here with the expectation of winning a game.”

Not listed on the injury report at any point during the past two weeks was Rams star running back Todd Gurley. After playing only 32 snaps in the NFC Championship and finishing with a total of five touches for 13 total yards, which included a 6-yard touchdown run, many people outside the Rams organization wondered if he might be dealing with an injury.

Gurley was held out of the final two regular season games due to inflammation in his left knee but showed no signs of injury after racking up 115 rushing yards and scoring a touchdown in the divisional-round win over the Dallas Cowboys.

When asked about the status of Gurley, McVay said he’s fully healthy and ready to take a lot of snaps against the Patriots on Sunday.

“He’s feeling good, a hundred percent,” McVay said. “We expect him to play a big role in this game.”

For the Patriots, the report marks the third consecutive year that all 53 players will be available for their Super Bowl matchup, which will be trimmed down to an active 46-man roster per NFL rules.

After removing Brown and Hightower from the injury report and having both listed as full participants in Friday’s practice, coach Bill Belichick said he pleased with the progress both had made, and in the case of Hightower, was glad to see him full of energy at practice.

“He did everything today,” Belichick said. “You could hear him talking out there, and that’s usually a good sign with him. He has plenty of energy.”

When asked about where the Patriots currently are in regards to how prepared the team is to take on the Rams, Belichick said his team is “ready to go” and the time between now and Sunday will be about his team getting physically, mentally, and emotionally prepared to play on the Super Bowl stage.

“We’ve still got a few things to review and cover, but I would say everybody now needs to just gear up for how we want to play the game and be ready to go out there and play it that way,” Belichick said. “I think the next 48 hours are going to be really important, like they always are. Fine-tuning it and really zeroing in. Being physically, mentally and emotionally ready to go Sunday night.”

“This is our sixth practice,” Belichick said. “We have hit everything. I think we are ready to go.”

Super Bowl 53 between the Rams and Patriots is set to kickoff at 6:30 p.m. ET on Sunday, Feb. 3. The game will be played at Mercedes-Benz Stadium in Atlanta, Georgia and will be televised and streamed by CBS.