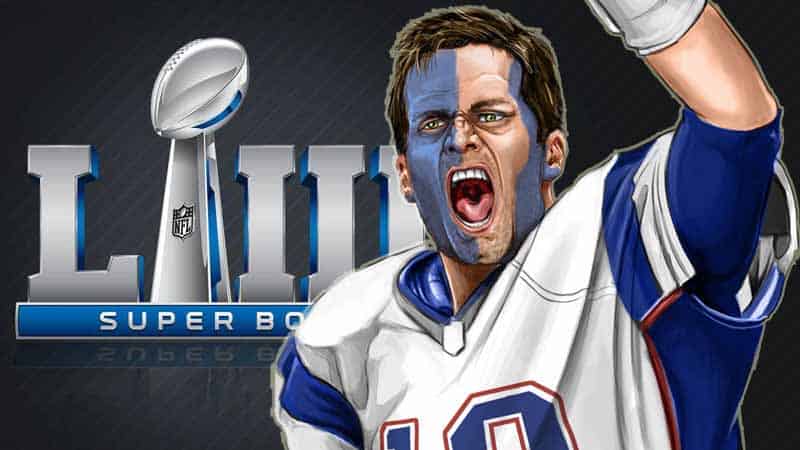 It looks like the oddsmakers don’t see the NFL’s greatest dynasty ending in 2020.

Bill Belichick, Tom Brady, and the New England Patriots defeated the Los Angeles Rams by a score of 13-3 in a defensive slugfest to win Super Bowl 53, capturing their sixth title in franchise history—tying the Pittsburgh Steelers for most all-time. Additionally, Patriots wide receiver Julian Edelman was named Most Valuable Player for Super Bowl 53.

In the hours following the results of Super Bowl 53, the Patriots became the clear favorite (+650) after betting action was allowed on the odds to win the Super Bowl at the end of the NFL’s 100th season.

The AFC West rival Kansas City Chiefs and Los Angeles Chargers opened tied for 2nd place at +800 while the New Orleans Saints (+1000), Indianapolis Colts (+1000), and Chicago Bears (+1300) also were given high odds to win it all next year. The Colts currently sit at +1100, falling down a bit from the opening odds, and the Bears rose to +1200 during that time.

At the opposite end of the spectrum, Bovada lists the Miami Dolphins as having the longest odds at +30000.

Super Bowl 54 will be played on February 2, 2020, at the Hard Rock Stadium in Miami Gardens, Florida. Below you can find the early odds for all 32 NFL teams to lift the Lombardi Trophy next year.