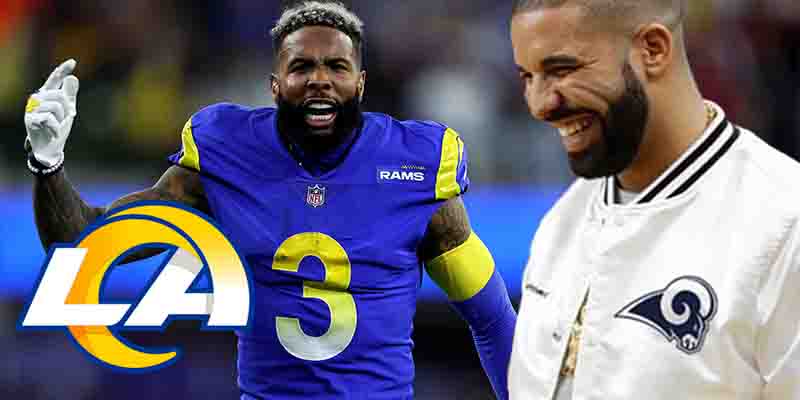 Popular hip hop artist Drake has been a presence on the championship sports betting scene for some time now, as he is often spotted at major events wearing the gear of one of the participating teams.

This has developed into a bit of an urban legend similar to that of the Madden Curse, where the jersey that Drake wears tends to lose the game.

Drake made waves on social media last night when he posted that he was betting on the Los Angeles Rams to win Super Bowl LVI.

While a simple wager from a celebrity on the Super Bowl is not normally newsworthy, Drake is betting with Bitcoin to the tune of $600,000 Canadian Dollars on the Rams moneyline odds to win.

If LA hoists the Lombardi Trophy on Super Bowl Sunday, Drake’s bet will earn him a gain of over $900,000 CAD, but that isn’t the only wager he is placing.

Considering the amount of attention that will be paid to WR Cooper Kupp, both outcomes seem like reasonable achievements for Odell.

Each of Drake’s Super Bowl bets are mutually exclusive in that no individual result relies on the other for a win. There is also the chance that Beckham could secure wins for all three of Drake’s bets in a single play if he were to catch a game-winning 64-yard touchdown pass as time expires in Super Bowl 56.

The following fun Super Bowl prop bet for Drake’s gameday attire on Sunday will be representative of the Los Angeles Rams. Doesn’t that also mean everyone should rush out and bet on the Cincinnati Bengals to win Super Bowl 56?

Drake Curse – Which NFL Jersey Will He Wear?

Only if you believe in ghost stories, but still, that’s not saying everyone should count out the Bengals. Cincinnati has a great shot of winning the game, so bet on the Super Bowl wisely. Just don’t risk as much as Drake did.