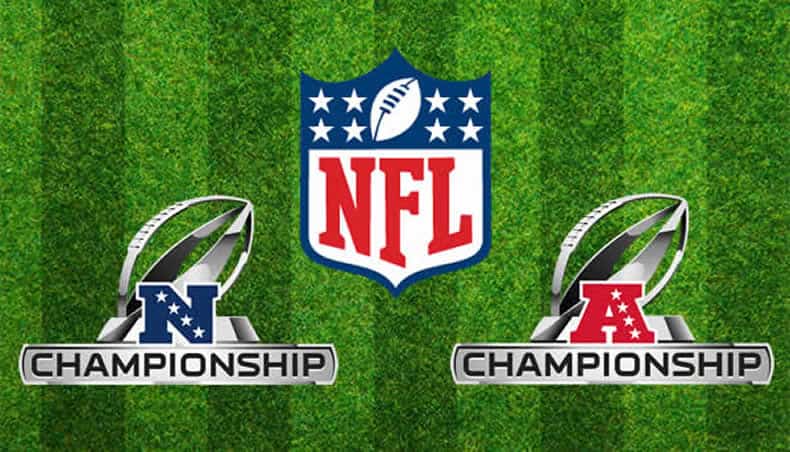 After a weekend of Conference Championship football, Super Bowl LII is decided. The New England Patriots will be defending their title in Minnesota against the Philadelphia Eagles. Heading into this last weekend, many analysts saw the Patriots blowing out the Jacksonville Jaguars and the Minnesota Vikings beating the Eagles, however things did not play out like that.

The AFC Championship was the first game of the day. The Patriots were coming off a strong win against the Tennessee Titans and the Jags were coming off a statement win in Pittsburgh against the Steelers. Even though the game was in Foxborough, meaning the Pats had home advantage, there was a disparaging report out of their camp midweek. QB Tom Brady had injured his hand in practice and was questionable to start. Rumors of backup QB Brian Hoyer starting began to circulate, but most fans knew that this was likely a smokescreen by the Pats. Brady did end up hurting his hand, but he got the start in the AFC Championship.

Jacksonville came to prove everyone wrong and they started with their foot on the gas pedal. New England had the first points on the board after a field goal, but Jacksonville answered back with 14 points in the second quarter. The Jags’ defense was relentless during the first half. New England was scrambling to convert on third down and Brady looked to be feeling the pressure. A pivotal moment late in the second when TE Rob Gronkowski was rocked on a play. Gronk ended up being ruled out of the game with a concussion, meaning the Pats would lose their top receiever for the rest of the game. Then, soon after, the Jags got called for pass interference, putting the Patriots in position to bring things to 14-10 right before halftime.

The second half was a different game. Jacksonville managed to get a field goal out of a drive, making up the only points of the third quarter. The entire quarter was a defensive battle, with both teams able to hold out and prevent any touchdowns. The Jags stretched their lead to 10 after another long field goal in the fourth. The rest of the game was all Patriots. After driving down the field, the Pats finally scored through WR Danny Amendola, who took up the reigns as primary receiving target. Amendola scored the winning touchdown as well, making a great catch in the closing minutes of the game. The Jags had another chance at a drive but failed to make anything happen. New England sealed the comeback after converting on a first down to run the clock out.

The NFC Championship saw the Vikings, coming off the now famous Minnesota Miracle, travel to Philadelphia to play the top-seeded Eagles. After Eagles’ QB Carson Wentz went down, everyone counted the Eagles out. However, backup QB Nick Foles has proven his worth since taking over and the Eagles are on their way to a Super Bowl.

The Vikings started things off with an early touchdown, but it was all Philadelphia from there. The Eagles tied things up midway through the first quarter via a pick-6 off QB Case Keenum. RB LeGarrette Blount showed his brute strength for the Eagles’ second touchdown of the game. Blount has been an instrumental part of their offense all season long and continued throughout this game. Foles connected with WR Alshon Jeffery for a long touchdown pass right before the half to make things 21-7. The Eagles scored another field goal to make things 24-7 at halftime.

The Eagles came out of halftime at the same pace. A flea flicker pass saw Foles connect with Torrey Smith for another long touchdown. The Vikings had hope with a touchdown through Adam Thielen, but replays confirmed that the ball touched the ground before he had control. The fourth quarter opened up with another Foles-Jeffery link up to establish a dominant lead of 38-7. The Eagles’ defense is certainly due credit for their outstanding performance against the Vikings, forcing turnovers, 3-and-outs and more. They snuffed the Vikings at every turn and will be a major factor in Super Bowl LII.

Regarding legal Super Bowl betting, the New England Patriots are favored to win by at least 5 points. It is unclear whether Gronkowski will be back, but the Pats showed they have the depth to compete. Meanwhile, the Eagles keep defying odds on the Super Bowl and will look to do so again on February 4.