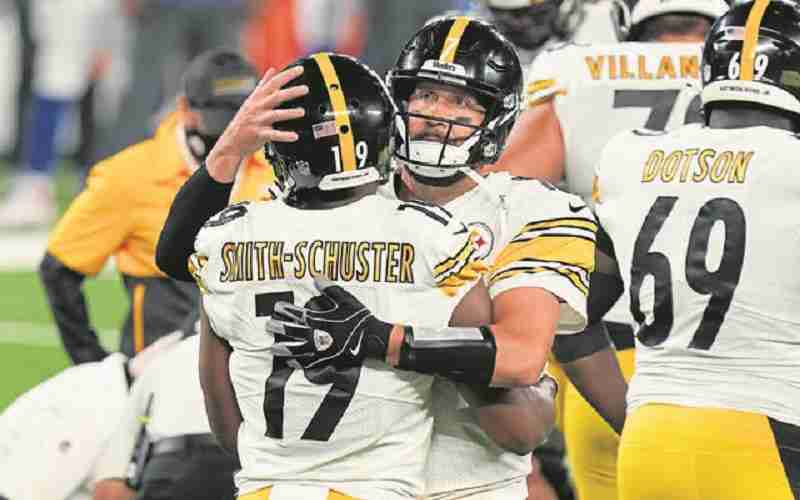 It’s now Week 11 of the 2020-2021 NFL Season and playoff pictures are starting to clear up for some teams, while other franchises begin to pack it up and consider the moves they need to make to prepare for next year.

The biggest surprise of the season so far are the undefeated Pittsburgh Steelers who entered the year as the twelfth most likely team to win Super Bowl LV in Tampa next February.

The Steelers’ Super Bowl 55 betting odds have improved from +2200 to +500, moving them up to second overall, just behind the Kansas City Chiefs who still remain in the #1 spot.

Pittsburgh is one of the NFL’s most storied franchises, and are tied with the New England Patriots for the most Super Bowl titles with 6.

Even though they’ve experienced such a high level of success, the Steelers have never been undefeated this late into a season, and are in position to advance to an 10-0 start if they can defeat the measly Jacksonville Jaguars this weekend.

That will set Pittsburgh up for a heated matchup with their AFC North rival Baltimore Ravens who’ll be looking to spoil their unblemished record on Thanksgiving night.

Speaking of the Patriots, they’ve dropped from 6th overall to 22nd in the Super Bowl LV futures. Pre-season odds featured New England at +1200, and they now possess +9000 odds to win it all.

The Patriots are not out of the mix yet. They are 4-5 and still have time to fight their way into a wild card spot and salvage the 2020-21 season, but they had better get started this weekend against the Houston Texans.

The biggest overall movement since the preseason odds at Super Bowl betting sites were posted belongs to the Dallas Cowboys who have dropped from 7th to 29th.

Their odds in July were a favorable +1600 but have now ballooned to +25000. Although Dallas’ odds to win the Super Bowl are astronomically low, they’ve actually got a decent shot of making the playoffs if they can get their act together.

That’s the case for the entire NFC East Division – someone has to win and host a home playoff game. It may as well be the Dallas Cowboys.

The Cowboys currently possess a pathetic 2-7 record, but that places them only 1.5 games out of first place, with plenty of potential to earn that coveted home playoff game.

Below are the Super Bowl 55 Championship odds as of today, and as of July 28th for comparison. As you can see, it is beneficial to jump on these futures odds early. Just ask the folks who laid some action on the Steelers last July!