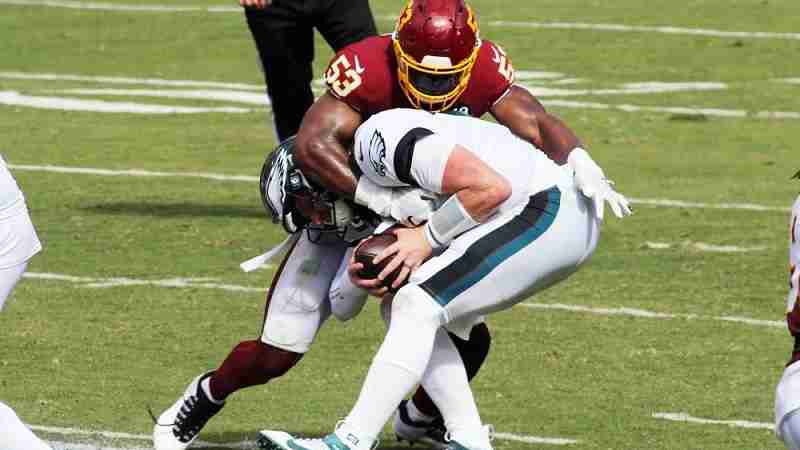 The Jacksonville Jaguars, Chicago Bears, and Washington Football Team entered the 2020 NFL season as the teams with some of the lowest Super Bowl 55 betting odds, but they didn’t let that crush their spirits.

Instead, all three teams defied the week one lines and delivered shocking defeats to their opponents, and also added to the bankrolls of savvy bettors who wagered on their money line odds.

Below are the betting odds that were produced prior to week one by Bovada’s NFL Sportsbook.

Preseason Super Bowl 55 Betting Odds For JAX, CHI and WAS

Laying a $10 bet on the moneyline winner odds for Jacksonville, Chicago, and Washington would have earned a profit of $62.50.

In all three cases, the favored team jumped out to early leads only to experience a sudden stoppage in offensive production. The scoring simply ceased, and the underdogs kept chipping away at the lead.

Of the three games, the loss is most particularly damning to the Philadelphia Eagles who were the winner of the NFC East in 2019.

Philly is entering the 2020-21 season with a roster that is mostly healthy, which has not been the case over the course of the last two years. They’ve now notched one in the loss column to an inter-division opponent who wasn’t predicted to win many games at all.

The unexpected win has Washington fans wondering if NFL betting sites got it all wrong and if they need to reevaluate their chances for success in 2020-21. Second-year quarterback Dwayne Haskins is out to show the league that he belongs after a rookie campaign that was less than impressive.

We’ll have to keep our eye on Washington to see how things develop over the coming weeks, but for now, they are too much of a mystery to risk money on or against.

The Indianapolis Colts were expecting a quick turnaround by adding veteran quarterback Philip Rivers to the lineup, and early on in the contest against the Jaguars, things were looking good.

The Jaguars recovered from the early deficit behind the near-perfect effort of Jags QB Gardner Minshew who went 19 of 20 for 173 yards, 3 touchdowns, and zero interceptions.

Are the Colts hopes inflated, or did they just run into the perfect storm of Minshew’s precision? Indy had been predicted to win the AFC South, but now those prognostications seem murky.

The Chicago Bears aren’t exactly in the cellar when it comes to SB55 betting odds, but they are not a sexy pick to reach the title game this year and find themselves around the middle of the pack of NFL hopefuls.

The Lions are not much better off, but prior to the game, certain matchup scenarios gave Detroit the edge in the betting odds.

Detroit appeared to have the game in hand in the mid fourth quarter with a sizable lead, but that quickly evaporated when Chicago scored three late touchdowns to win the game by 4 points.

Critics that were ready to close the door on the Mitch Trubisky era in Chicago will have to wait one more week as the Bears are 1-0 after the unlikely comeback.

The NFL futures betting odds have been adjusted significantly following the efforts of these three underdog winners, and they’ve got NFL betting enthusiasts on their toes entering week two of the season.

Parity is the name of the game in professional football, which is part of what makes it the most attractive betting sport on the planet.