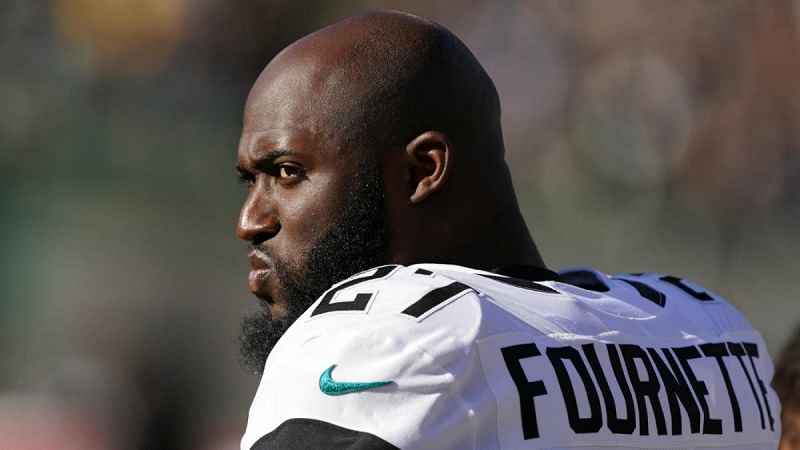 In the 2017 NFL Draft, Leonard Fournette was the fourth overall selection in the first round by the Jacksonville Jaguars.

Standing at 6’ tall and weighing in at 228 pounds of pure muscle, Fournette is a large, hulking presence that strikes fear in the hearts of opponents tasked with taking him to the ground.

He quickly delivered on his first-round potential, putting up impressive statistics while working inside of an offense comprised of personnel that did not offer much for opposing defenses to focus on.

Jaguars management has now made the decision to waive Fournette, hanging him out to dry like a piece of meat for some rogue NFL team to come along and scrape off the highway.

NFL betting sites have now produced prop bets that ask gamblers to predict what team will scoop up Fournette and plug him into their lineups.

The following betting odds have been provided by Bovada Sportsbook.

Coming up in the lead is the Chicago Bears whose current starter, second-year running back David Montgomery, is nursing an injury and could miss the first game of the 2020 NFL season.

Perhaps the issues with Montgomery could go deeper with Chicago, and they’ve become magnified now that Fournette has hit the free agent market.

The New England Patriots are also a favorable destination for Fournette and his services, but they currently have a full stable in the offensive backfield without room for another body. However, if Belichick thinks that Fournette gives them an edge, he’d cut his best friend if he thought it meant gaining an extra inch.

Of the teams listed, the Washington Football Team would be the most optimum landing spot for Fournette. They could use an injection of youth at the running back position and they are a burgeoning team that is trying to establish a new nucleus of key players.

Now that the Jaguars are without their number one offensive threat, what is their plan to replace him in their lineup? A quick scan of their depth chart and roster does not reveal an answer.

When it comes to the Jaguars and their Super Bowl 55 betting odds, one can assume that things can only improve, right?

Perhaps Super Bowl betting sites should give the Jaguars some respect, but given the history of their player management, there’s no reason for optimism regarding the team from Duval County’s chances for success in 2020.

Attendance has been lacking even during “good” Jacksonville seasons, so how much longer will their dedicated fanbase put up with ill-advised personnel decisions like these? They were a handful of yards shy of making it to Super Bowl 52 just a few short years ago, and now they’d need the Hubble Telescope to even get a peek at a Lombardi Trophy.