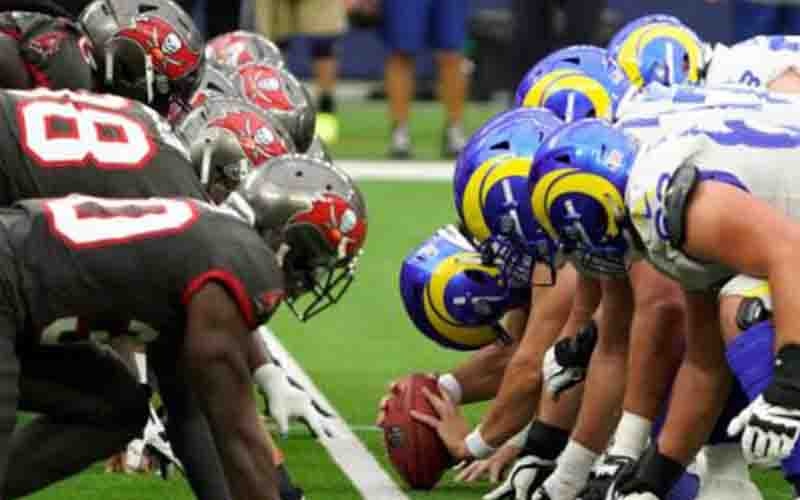 The 2021-22 NFL Playoffs have narrowed down to the final 8 teams that will compete for a championship in Super Bowl LVI.

Of the 6 games last weekend, the San Francisco 49ers were the only team to provide an upset when they toppled the NFC East champion Dallas Cowboys.

This weekend’s divisional-round games favor the home teams across the board, and selecting the potential upset could prove to be profitable.

Here is our Division Round NFL Playoff betting preview as well as game lines for this weekend:

Can the Bengals keep their hot streak going with their potent offense led by Joe Burrow and Ja’Marr Chase, or are they in for a dose of reality when they travel to Nissan Stadium to face the number 1 team in the AFC, the Tennessee Titans?

A major component of how the game will play out is whether or not Titans running back Derrick Henry can return to active duty.

Henry has missed several weeks and has been cleared for full contact just in time for the divisional round, but Tennessee has been finding ways to win without him.

Wait until closer to game time to determine the health of Henry before laying any action on this one.

The current Super Bowl 56 futures odds suggest that the winner between the Bills vs. Chiefs will become the eventual AFC Champion.

This point spread is the closest of any game in the divisional round and the 2.5 points being granted to Kansas City is the standard total typically awarded to the home team in pro and college football games.

That means oddsmakers believe that this is more or less an even matchup, and is largely due to the dominant performance that Buffalo put on display last weekend against the New England Patriots where they blew them out 47-17.

We’re still leaning toward KC covering the -2.5 and advancing due to the rabid atmosphere that will be provided by Chiefs fans in Arrowhead Stadium.

We expect Aaron Rodgers and Green Bay to win at home against the 49ers, but we wouldn’t be shocked if San Francisco kept it close or even won outright.

San Francisco has leaned upon their 4-man pass rush that allows their defensive back 7 some extra comfort room, but they cannot rely on that tactic versus the Packers as their running game is stout and can break off long chunks of yardage at will.

The 49ers are going to have to score to keep up and run the clock when they’re ahead. The odds for Super Bowl 56 suggest that the Packers are going all the way this year, which is simply another indicator that the 49ers are projected to lose on Saturday.

This juggernaut pairing of NFL championship hopefuls is sure to be a star-studded slobber-knocker as the defending Super Bowl champion Tampa Bay Buccaneers host the LA Rams who’ve been dubbed the next big thing by analysts around the United States.

One of the best Super Bowl betting tips we can suggest is that there is no substitute for research. Back in September, the Rams were able to beat the Bucs in LA by a score of 34-24, giving Tampa their first loss of the season.

The Rams are coming off of a big win against the Arizona Cardinals, but we’re not convinced they’ve got the juice to get beyond Brady and company at this juncture. We like Tampa to cover.