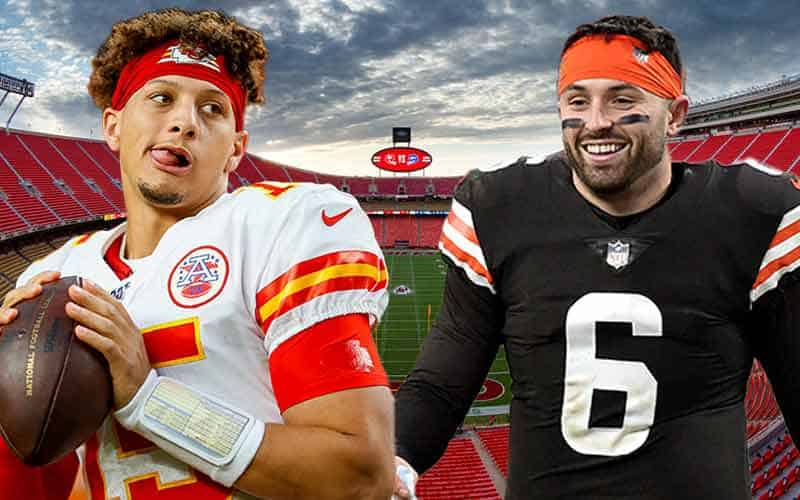 It is now down to the final four teams in the AFC Playoffs, and Super Bowl betting sites have revealed the game lines for this weekend’s action. One matchup features a clash of similar strong styles, while the other offers up two offensive-minded teams that have the potential to combine for a shootout.

During the preseason, NFL experts may have been inclined to suggest that the 2 seeded Buffalo Bills and the number 5 Baltimore Ravens were made up of similar components. Even the Bills’ point spread advantage of -2.5 suggests an incredibly even contest, as that is the differential that is typically granted to the home team in the NFL.

Their similarities include stout defenses, hefty offensive and defensive lines, and a focus on running the ball. Baltimore QB Lamar Jackson became the first NFL quarterback to rush for over 1,000 yards twice in 2021, and he accomplished this feat in consecutive years.

Bills quarterback Josh Allen is also a large, imposing rusher who can expose defenses. However, during the 2021 NFL season, Allen set the all-time Bills passing record for yardage with 4544, and touchdowns with 37.

Buffalo is going to be difficult to eliminate from the NFL Playoffs, and the Ravens will have to try to do so while on the road in a frigid outdoors environment. Defense and rushing games travel well, but the Bills have plenty to offer in those departments as well.

The above line suggests that the Bills will squeak by and advance to the AFC Championship Game by an estimated score of 27-24, keeping their Super Bowl betting odds alive for at least one more week.

The Pittsburgh Steelers’ epic 2020 collapse was completed by the Cleveland Browns during Wild Card Weekend when they ran them off the field by a score of 47-37.

For that effort, the Browns have been rewarded with a trip to Kansas City where they’ll play the Chiefs who are the #1 seed in the AFC and are favored to win by 10 points.

For further evidence of the low likelihood of a Cleveland victory, the Super Bowl 55 futures include the Browns at the bottom of the list and the Chiefs as the most likely NFL Champion.

The Browns’ mascot is a dog, and they’ve been underdogs for the first two weeks of the 2020-21 NFL Playoffs. That didn’t stop them from overcoming the odds and defeating the Steelers last weekend, so bettors that are confident that Cleveland will beat KC would be wise to lay some action on them.