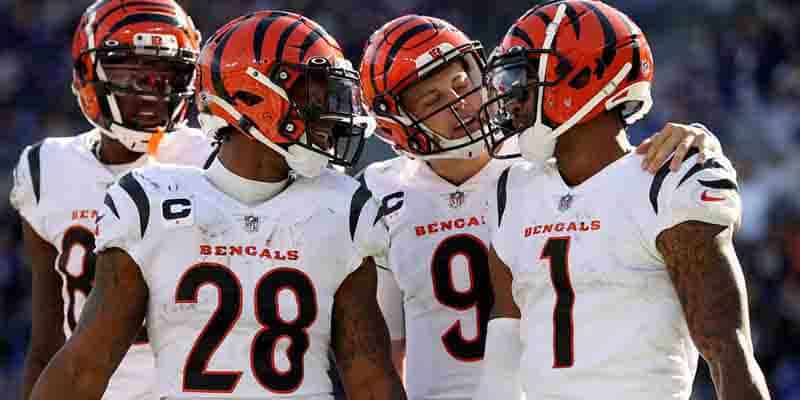 The Super Bowl betting odds do not favor the Cincinnati Bengals in their quest to win a championship for the first time in franchise history, yet there are many reasons to believe they have a solid chance of defeating the Los Angeles Rams.

Here are a few reasons why betting on the Cincinnati Bengals to win Super Bowl 56 might be a good idea.

Opposing secondaries have been unable to contain Bengals wide receiver Ja’Marr Chase in his first year in the NFL. Chase and quarterback Joe Burrow played together during their college days at LSU, winning a National Championship in 2019 for the Tigers.

Ja’Marr has already established himself as one of the top handful of wide receivers playing the game today, and has set NFL rookie receiving records for single game yardage and most yards over a first season.

The chemistry between Chase and Burrow gelled instantly and the Bengals are now attempting to cash in immediately and hoist a Lombardi on February 13th in SoFi.

The first overall pick of the 2020 NFL Draft and former Heisman Trophy winning quarterback Joe Burrow has all the major hardware save for a Super Bowl Ring, but that could change in 9 days’ time.

The Bengals have experienced several ups and downs throughout the 2021-22 season, but the ship was steadied under the efforts of “Joe Brrrr,” freezing out the competition and earning a spot in Super Bowl LVI.

Burrow has proven that he can remain cool even when facing a sizeable deficit on the road in the NFL Playoffs, so hesitate before you rush off to bet on the LA Rams to win Super Bowl LVI and consider what Joe can do to the secondary of Los Angeles.

Rounding out the three-pronged offensive attack of the Cincinnati Bengals is running back Joe Mixon who can be relied for anything he is called upon to do. Whether it is short-yardage situations, or if he is needed to come out of the backfield to catch a pass, Mixon delivers.

Mixon parlayed his 2021-22 season performance into a Pro Bowl selection, and if a scenario arises where Burrow and Chase are negated by LA’s defense (fat chance), Mixon can make up the difference with his powerful running.

While the defense of the Bengals may have been ranked in the middle of the pack during the 2021-22 regular season, they turned it up a notch in the playoffs, especially in the second half of their games.

Cincinnati has held their NFL Playoff opponents to 19, 19, and 24 points, capped off by a second half offense collapse by Kansas City in the AFC Championship Game that catapulted the Bengals to Super Bowl LVI.

If The Rams can’t muster more than 24 points, then the Bengals can only blame themselves for not winning a Super Bowl Title.

Rookie kicker for the Cincinnati Bengals, Evan McPherson, has been the difference in all three postseason games this year.

If the final play of the game comes down to a Bengals kick, go ahead and start counting your payouts because Cincinnati is almost certainly going to win behind the leg of McPherson.