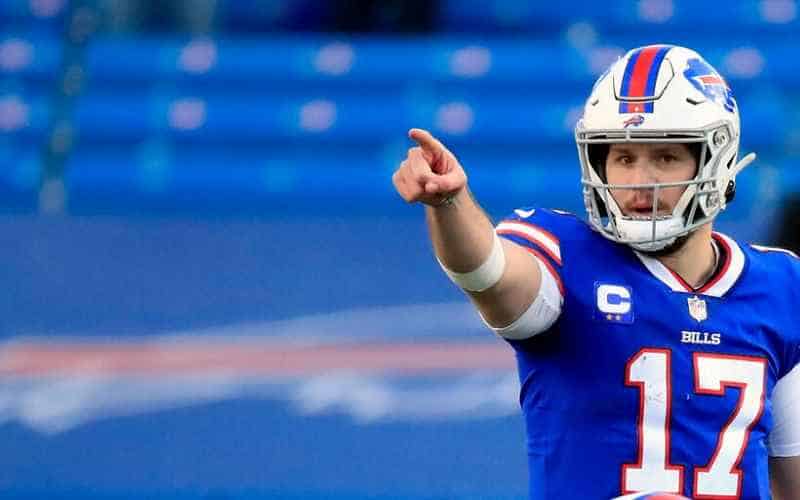 The tide turned for Buffalo and their rabid fan base when they selected Josh Allen 7th overall in the first round of the 2018 NFL Draft. Allen was selected just before Chiefs’ QB Patrick Mahomes, and a victory this weekend will absolve the Bills of any criticism regarding selecting Josh higher.

Since that time, Allen has taken over the reins in Buffalo and has helped change the atmosphere in the Bills’ locker room.

While Allen learned to adjust to the advanced passing game of the NFL, he leaned on his rushing abilities which were backed by his 6’5″, 237-pound frame and 4.74 40-yard-dash time.

Diggs was no slouch either, earning first-team NFL All Pro honors and posting the top numbers in the categories of catches and yardage with 123 for 1,535, including 8 touchdowns.

Although Buffalo appears poised to go all the way, current Super Bowl futures feature them as the third most likely team to win it all on February 7 at Tampa’s Raymond James Stadium.

The point spread for the AFC Championship Game at the top Super Bowl betting sites favor the Kansas City Chiefs to win by 3 points, but that depends on whether KC quarterback Patrick Mahomes can return to play after a concussion caused him to miss most of the second half during the Divisional Round.

Mahomes has yet to clear concussion protocols and has a legitimate chance of missing the game. If bettors intend to take advantage of this possibility, wagers should be placed immediately, because once an announcement is made, the odds will shift within minutes.

Here is the current AFC Championship line posted at Bovada.

One of the “chief” components that makes NFL betting so attractive is the parity of game results that allow for underdogs to win at a higher rate than other sports.

When the NFL Playoffs begin, the competition becomes tighter, and a three-point margin may as well be removed from the table as the game should be considered a pick ’em.

Even if Mahomes suits up and starts on Sunday evening, the Bills still have a reasonable shot at winning the AFC and taking a crack at a Super Bowl championship. Sure, the future is bright for Buffalo, but it can be right now, and the odds suggest it is within their grasp.