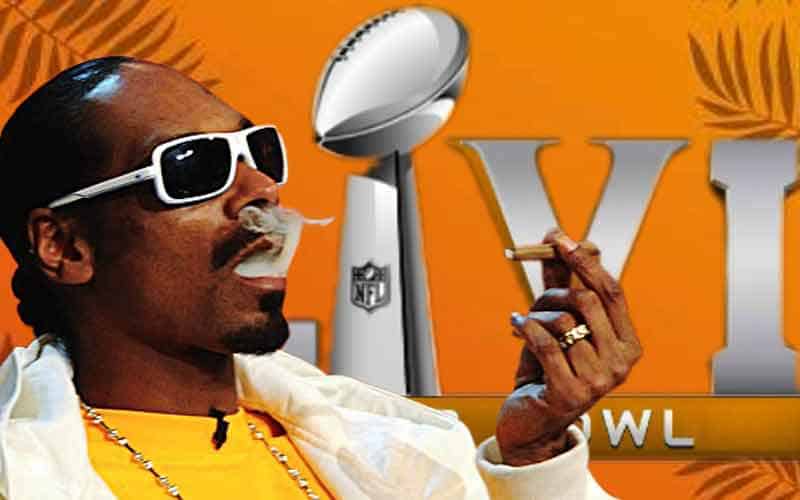 The Super Bowl Halftime Show is as entrenched into Americana as any other annual event, sporting big-name artists and multi-million dollar budgets for a few minutes of a captive global audience’s time.

The Super Bowl has struggled to produce musicians that appeal to younger demographics, often opting for age-old favorites that are more certain bets to draw ratings and advertising dollars in our current corporate-sensitive environment.

Halftime shows have never had much issue with diversity once the focus shifted to pop and rock and roll acts that were at the top of the charts. One genre of music that has been largely ignored is rap and hip hop, until now.

This year’s SB halftime show will feature an ensemble of rappers both old and new, with some R&B flavor mixed in. Here are the Super Bowl 56 Halftime Show performers for 2022.

While one can’t help but notice a hard gangsta’ lean toward the 1990s “G-Funk Era,” Kendrick Lamar does give the grouping a modern edge, allowing for song or two from this millennium to be included among the setlist.

Speaking of which songs will be performed, the top online NFL sportsbooks have produced a posse of Super Bowl Halftime Show prop bets that have the potential to enhance the bankrolls of musically inclined gamblers.

While the above line doesn’t offer up songs for artists other than Eminem, this Super Bowl prop bet does give those that are interested an outline of which of Slim Shady’s greatest hits will make the cut.

“Lose Yourself” is holding a slight edge over “My Name Is,” and that probably has to do with corporate interests. You see, “Lose Yourself” was actually featured in a commercial for Chrysler that aired during Super Bowl XLV.

Although Super Bowl commercial prop bets have yet to hit the boards, we’re guessing that there’ll be some that involve Eminem and Chrysler automobiles, and the car manufacturer would be wise to capitalize on the legendary rapper’s appearance at halftime.

Snoop Dogg became an instant rap hall-of-famer when he debuted opposite of Dr. Dre in a single that was featured on the Deep Cover original soundtrack, the aptly titled “Deep Cover – 187.”

His follow-up appearances on Dr. Dre’s “The Chronic” and his first solo LP cemented his status as an all-time great MC, with lyrics based around his Long Beach, California lifestyle of smoking marijuana, hustling for cash, and fighting for the attention of young women.

Super Bowl bettors can earn a little extra coin if they believe that Snoop will blaze up on the halftime show stage with the following NFL line offered at Bovada.

Snoop Dogg To Smoke On Stage?

Observant gamblers will notice that there is no option to wager on Snoop Dogg refraining from the ol’ puff, puff, pass, and that’s largely because of oddsmakers’ uncertainty regarding that outcome.

If you’re certain, bet now and lock in payouts that’ll deliver $2.50 for each dollar risked.