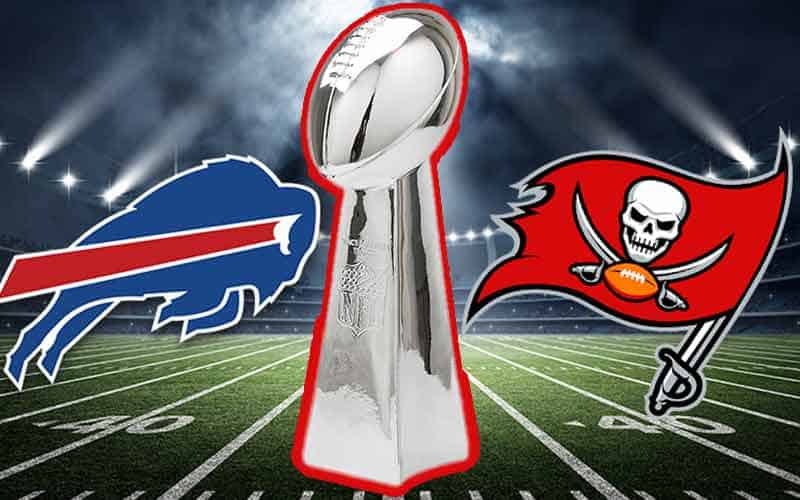 The Tampa Bay Buccaneers being at the top of the Super Bowl LVI futures odds is not a recent development.

The Bucs have been favored to win the NFC and return to SB 56 since they won the Lombardi Trophy last February, but the Kansas City Chiefs are no longer riding high in the AFC.

Despite the Buffalo Bills’ loss to the Tennessee Titans on Monday Night Football by a score of 34-31, they remain the leader in the odds for betting on Super Bowl 56 to be the AFC’s representative.

Tom Brady and the Buccaneers are predicted to be the winners of SB LVI, but at least one online NFL betting site has Tampa Bay and Buffalo with dead even championship odds.

While technically no NFL teams are eliminated from playoff consideration at this time, the Chicago Bears represent the line of exclusion as any team below them can already begin focusing on next season.

With that said, there are a few sleeper picks that can be taken advantage of during October at online Super Bowl betting sites, and here are a few we are keeping our eyes on.

While many felt that 2021-22 would be the year that the Cleveland Browns finally took control of the AFC North, after 6 weeks of play, the Ravens are firmly entrenched in their customary leadership position in the Division.

Their current moneyline to win Super Bowl LVI is hovering around +1000 across the board, delivering 10-to-1 cash winnings if the Ravens and Lamar Jackson can win a title next February.

Don’t ask us why, but it seems as if the undefeated Cardinals who are mowing through the dominant NFC West are not getting the respect they deserve from NFL oddsmakers that are predicting who will win Super Bowl LVI.

The Cardinals are positioned to win again this weekend against the lowly Houston Texans, but will face a solid test when they play the Green Bay Packers in the following week’s edition of Thursday Night Football.

Perhaps a victory over Green Bay will improve the Cardinals standings in the SB odds, but bettors that want to earn some coin on Kyler Murray and his band of all-stars should place a wager now to maximize potential payouts.

A Week 1 blowout loss to the New Orleans Saints now seems like a distant memory to the 5-1 NFC North-leading Green Bay Packers, but the NFL oddsmakers have not forgotten that miserable performance.

Green Bay is ranging between a +900 and a +1200 NFL moneyline to win Super Bowl 56, and the books are putting up a large sum of cash against their potential considering that the Packers have been to the last two consecutive NFC Championship Games.

Bettors can have the last laugh by placing a few dollars today on one of these NFL teams to win it all next February, but as the season progresses, the odds will tighten because oddsmakers will get wise to which teams are legit or not.