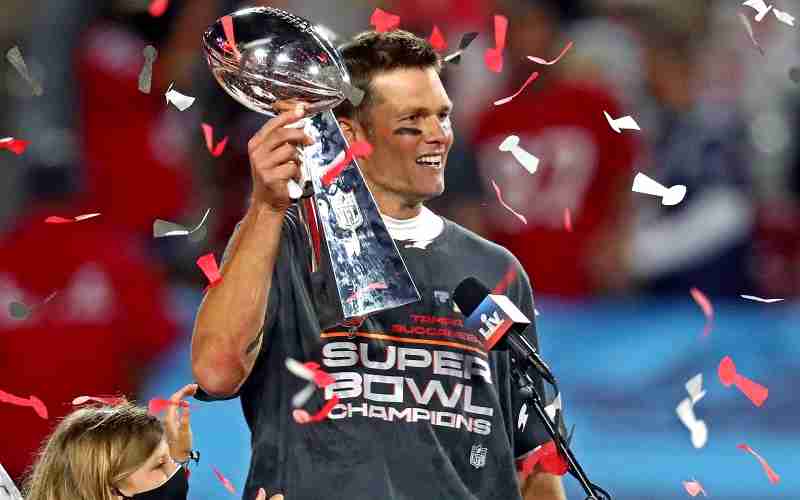 Time after time, Tom Brady has beaten the best the game has to offer in the NFL Playoffs and Super Bowl. Super Bowl LV was no different, as Brady was able to lead his Tampa Bay Buccaneers to a 31-9 victory over the Kansas City Chiefs.

Success occurs so often for Brady that fans and Super Bowl betting sites tend to forget the overwhelming championship-level accomplishments that he accumulates each time he takes a regular or postseason snap.

Reports have surfaced regarding at least three wagers in excess of one million dollars that were placed on the Tampa Bay Buccaneers, but the point spread remained between 3 and 3.5 points over the fortnight that preceded Super Bowl 55.

Tom Brady and the Buccaneers mowed through Drew Brees and 2020-21 NFL MVP Aaron Rodgers while playing on the road in the playoffs, in consecutive weeks.

The Bucs were also favored to lose by 3 in the Divisional Round and in the NFC Championship Game against the New Orleans Saints and Green Bay Packers, respectively, but each time they were victorious.

So, why did the Super Bowl LV odds still favor the Kansas City Chiefs to beat Tom Brady and the Buccaneers by three or more points when they had just bumped off the two top NFC teams on the road?

Was it because the Chiefs had beaten Tampa Bay in Week 12 of the NFL regular season? The Saints defeated the Buccaneers twice during 2020, both times in decisive fashion.

Were the Chiefs favored because they possessed elite offensive talent on their roster? New Orleans’ Alvin Kamara and Michael Thomas, as well as Green Bay’s Davante Adams, are some of the top skill players on offense that the NFL has to offer.

Now, even after winning three NFL postseason games in a row where they were behind in the point spread, Super Bowl 56 futures are still doubting Tampa Bay, placing them once again behind the Kansas City Chiefs.

Tom Brady and Buccaneers head coach Bruce Arians have already announced their intentions to return next year and compete for another Lombardi Trophy, and their +700 money line place them second among all NFL franchises in the Super Bowl odds.

Brady’s 7 Super Bowl rings are 2 more than anyone else in the history of the game, and his 5 Super Bowl MVPs also grant him a 2-trophy edge. In September, at 44 years of age, he’ll be returning to one of the most talented offenses he’s ever been a part of when he buckles up his chinstrap.

By getting in on these odds now, 7x payouts can be earned if Tampa Bay wins Super Bowl LVI. The only downside is that the bet will take nearly 50 weeks to pay out, but you can brag to your friends when you withdraw those cash winnings.