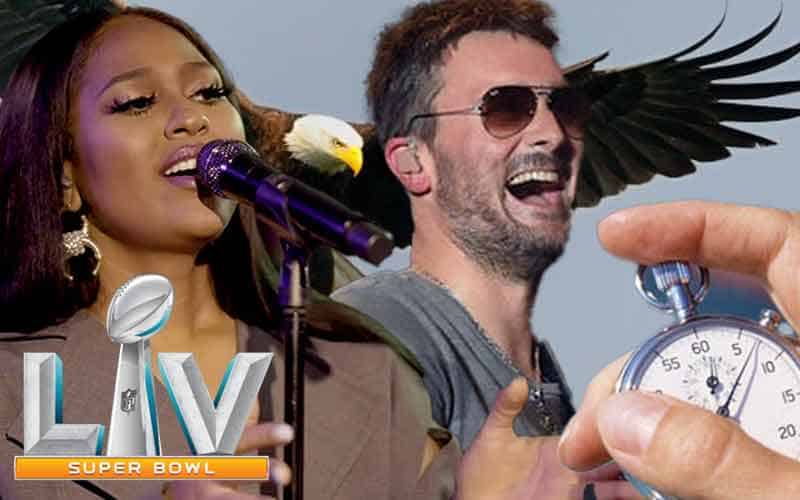 Super Bowl Sunday has arrived and NFL bettors should take a moment to acknowledge the effort that the league has put forth in order to allow for a full seasons’ worth of action to wager on.

Sure, there were a couple of speed bumps along the way.

Low points include the Week 12 matchup between Denver and the New Orleans Saints where the Broncos were left without an active quarterback, and the Thanksgiving night game between the Pittsburgh Steelers and Baltimore Ravens that wasn’t played until the following Wednesday.

The postseason has gone off without a hitch thus far, and tonight’s game is on schedule with no COVID-19 cases reported for either squad.

Super Bowl 55 betting sites are still holding the point-spread between a 3 and 3.5-point advantage for the Kansas City Chiefs, and the line has not moved much since debuting despite most of the action coming in for the AFC Champions.

A Florida-based news reporter managed to sneak a video of Jazmine Sullivan and Eric Church practicing the Star-Spangled Banner for Super Bowl 55. The video was immediately posted on Twitter showing an on-screen smartphone with the timer app running.

Many Super Bowl sportsbooks immediately dropped any National Anthem prop bets regarding the duration of the performance, with a few opting to raise the over-under to a time more in line with the evidence provided by the above video.

While the video has caused an unnecessary disruption at offshore pro football sportsbook sites, it does come as good news to bettors who wagered early and took the over on the Super Bowl National Anthem odds.

The original Super Bowl prop bet featured a line that was set near 2 minutes even, allowing for 15+ seconds of variance if the Twitter video above proves to be an accurate representation of tonight’s National Anthem.

Perhaps Church and Sullivan swerve the betting public and change up their strategy? Tune in tonight at 6:30 pm on CBS to see what happens with the National Anthem and the big game.

Be sure to get in your Super Bowl 55 bets now at one of the top online sportsbooks we recommend here at Legal Sports Betting, as the next NFL game with anything on the line won’t happen for another seven months.