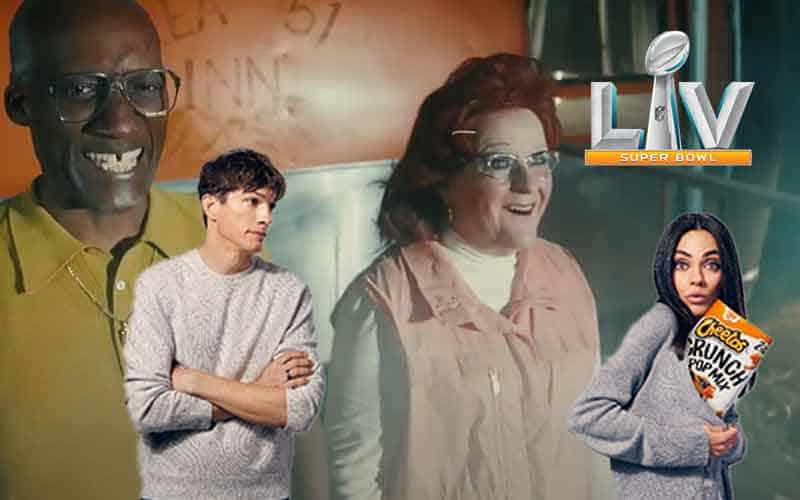 During the NFL’s regular season, commercial breaks are designated for drink refills and expeditious trips to the bathroom so that a viewers can quickly return to the game once it comes back on.

The same cannot be said for Super Bowl commercial breaks. Corporations use the platform of the Super Bowl to debut their new advertising campains to attentive audiences of millions.

Over the past decade, advertisers have opted to debut these Super Bowl ads a few days before the big game, giving a sneak preview of what is to come, but often only revealing a portion of the full story that they intend to tell through a series of commercials.

Super Bowl betting sites have not dropped the ball this February as they are out in front and ahead of the action with their large selection of odds on these game day advertisements.

These Super Bowl 55 Commercial prop bets are no longer confined to the scope of asking what ad will air first. Online sportsbooks have expanded the territory and are breaking new ground with betting odds like the following.

Cultural diversity is on the minds of many following a hotly contested and heated political election season, and one arena that has been slow to adopt new social norms are television commercials.

The above betting line asking which variety of interracial couple will be shown first during a Super Bowl LV commercial break anticipates that corporations will look to further efforts of inclusivity this year.

The odds also suggest that a white woman paired up with a black man will be the first interracial couple shown on a Super Bowl advert.

One difficult aspect of judging the above line is that today’s commercials feature large casts with massive budgets and multiple sets. For instance, if a camera sweeps across a large banquet room and there are 100+ couples shown, how can we be sure that one of them was or wasn’t interracial?

Take the following Super Bowl 55 commercial from Anheuser-Busch as an example. After viewing it three times, our staff is still in disagreement as to whether interracial couples were shown.

The following SB LV commercial from TurboTax does indeed feature a black male and a white female and they are almost certainly protrayed as a couple, but there is still room for debate.

Have a look at TurboTax’s ad regarding their professionals “spreading tax expertise across the land” and see if you can spot them.

The above commercial is likely what is impacting the betting odds the most in regard to interracial couples, but just because this TurboTax commercial contains one, that doesn’t mean it will air first.

A wager on the -150 money line odds of a black man/white woman couple appearing first will payout at $1 for every $1.50 risked.

Which Commercial Will Be Shown First?

Which Commercial Will Be Shown First?

Which Commercial Will Be Shown First

The above variety of commercial props often feature the same odds for both outcomes, but every now and then, there’ll be an underdog with a money line where payouts are higher than the amount that was bet.

For example, the Pringles line above features Tide at +130 odds, meaning that $1.30 can be won off of each $1 wagered.

Most of these lines don’t require a lot of background research, and that’s what makes them entertainment-based. If you want to get involved and lay some action on these Super Bowl 55 commercial odds, you better hurry.

As more commercials are leaked, and more info is released, the odds can disappear from the boards. so don’t wait.

While you are here, check out a few of our favorite Super Bowl LV commercials that have been unveiled so far.