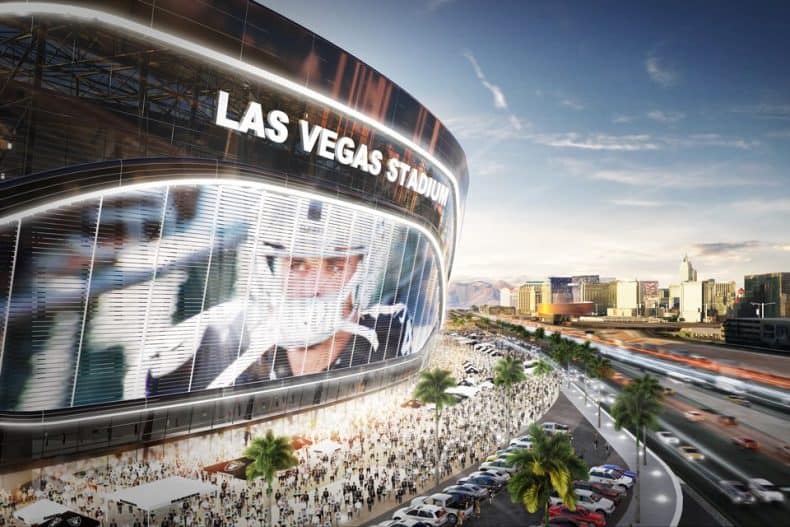 In the AFC, the New England Patriots have been dominant for the better part of the decade. They have won 5 Super Bowls in the Brady-Belichick era, and with both back for another go, many believe they can go for 6. However, a sleeper team is pulling in more bets to win it all—the Las Vegas Raiders. The raiders currently stand in third place at the legal sportsbooks offering Super Bowl betting. How did the Raiders accomplish this?

The Raiders were one of the biggest storylines out of the 2016/17 season, despite not making it to Super Bowl 51. They went 12-4 and made the Playoffs for the first time since 2002. They managed to clinch 2nd in the AFC West and lost in the Wild Card round to the Texans. This finish wasn’t what they were originally projected to do. At one point, the Raiders were in Super Bowl contention, but that all changed when star QB Derek Carr went down with a broken leg late in the season. The Raiders had the weapons to push on, but took another loss when backup QB Matt McGloin went out with a shoulder injury, leaving third stringer Connor Cook to carry the team into the Playoffs.

Now, with Carr signing a huge contract extension and returning healthy, the Raiders are being touted as potential Super Bowl favorites again. Only this time, they have a new weapon in RB Marshawn Lynch, who replaces the outgoing Latavius Murray. Lynch, one a force with the Seattle Seahawks had controversially announced his retirement. When he began hinting at a possible return, he made the Raiders his preferred destination. Lynch joins an all-star cast of Carr, WR Amari Cooper, C Rodney Hudson, DE Khalil Mack, FS Reggie Nelson, G/T Kelechi Osemele and T Donald Penn. This makes for a formidable opponent to any team, even the New England Patriots.

Last season, Carr threw for almost 4,000 yards with 28 TDs. Cooper led all receivers with 83 receptions for over 1,100 yards. Even though he only had 5 touchdowns, he carried the bulk of the workload. WR Michael Crabtree led with 8 TDs and will be frequently looked at by Carr in the upcoming season. If Carr and his receivers can repeat their phenomenal performances, and Lynch can hit the ground running in his first season back, the Raiders’ offense will be tough to deal with.

Their defense was the shakiest part of their team performance last year, despite having Pro-Bowl talent. Their lowest point with allowing over 500 yards in consecutive games. The Raiders ended up finishing 26th in total yards allowed. Coach Jack Del Rio will need to address this if he wants his team to have a serious shot at the Super Bowl. Their high-scoring offense can only save them in so many situations. They possess last year’s Defensive Player of the Year in Khalil Mack, but need people to step up at all facets of the defense, including outside line, inside line, corner and safety.

We predict that the Raiders will have a positive season and will win their division. If they can all remain healthy throughout the season, and if the defense can remedy some of their mishaps from last year, they may finally have the answer to beating the Patriots in the AFC and becoming the favored team for this year’s Super Bowl betting odds.