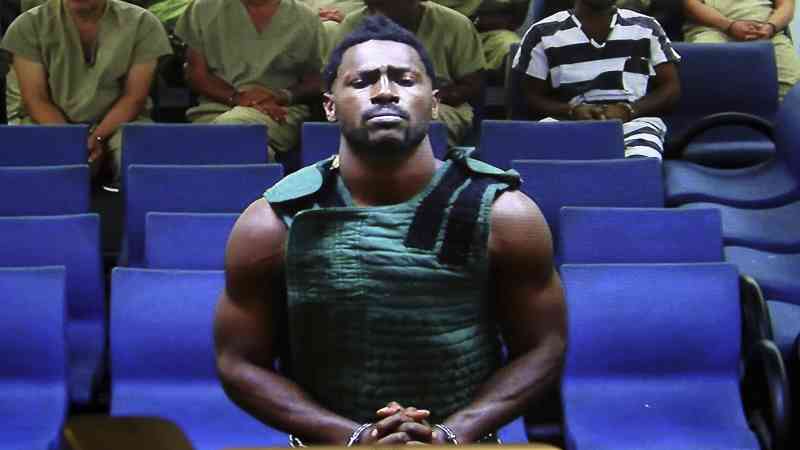 Assuming there is a 2020 NFL Season, which, let’s be honest, could be in doubt after several regions in the United States have experienced significant spikes in COVID-19 cases, there are already hundreds of prop bets available to wager on.

That’s right, it isn’t even July yet, but savvy NFL bettors can wager on who the eventual season MVP will be. Below is a betting line from Bovada sportsbook that places Patrick Mahomes at the top of the Most Valuable Player potentials, but there are several others that could easily attain that title that have extremely profitable odds.

A wager of $100 on Aaron Rodgers to win the MVP award will earn a cash payout of $2200 – not bad at all for an extremely likely scenario. We’re not sure why Kyler Murray is ranked so highly, but any money wagered on him to become the next MVP is money lost.

Another intriguing futures bet for the 2020 NFL season is comeback player of the year. The most interesting aspect of the contenders involved is that not all of them are returning from an injury.

Although he is a certifiable headcase, Antonio Brown certainly has the talent to make an incredible comeback. There’s only one problem. A.B. has yet to sign with an NFL team, and it would be inadvisable for any franchise to take a chance on someone with history of being a malcontent.

Other players that have yet to sign with an NFL team include Colin Kaepernick and Cam Newton. These two have the highest potential to be a wasted bet because even if they land with a team, they will have a low probability of becoming the starting quarterback.

With +1000 odds, A.J. Green seems like really safe money. Assuming A.J. comes into the season fully healthy, he’ll command the full attention of rookie quarterback Joe Burrow, who is sure to chuck it up to his pro bowl WR early and often.

Speaking of Burrow, he is the leading candidate for offensive rookie of the year, and for good reason. The press loves a quarterback, and as long as he has an average or better season, the award will likely go to him.

Still, there are plenty of worthy contenders that’ll give Joe a run for his money. If Tua Tagovailoa can earn as many victories as Burrow, then he has a shot as well, but it is not a given that he will be the starter in Miami.

Denver Broncos WR Jerry Jeudy is a sneaky candidate with +1600 odds. He has a real possibility of producing big time numbers within Denver’s innovative offensive scheme and could be in line for over 1000 yards.

These betting lines represent a very small percentage of the overall odds that are currently being offered for the 2020 NFL season. If you’ve got a hunch on any given scenario for the upcoming season, or odds on the Super Bowl 55 winner, chances are there is a betting line for it already produced.

Don’t wait for the season to start. Take advantage of these betting lines now, before oddsmakers make an unfavorable adjustment.