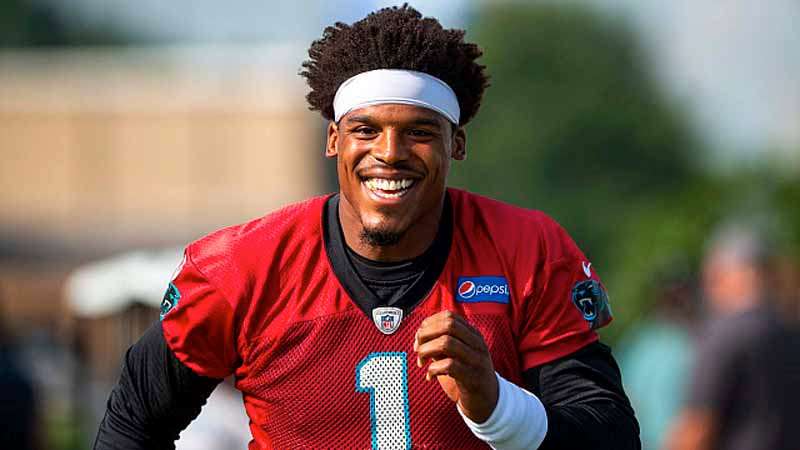 When Cam Newton hit the free agent market just after the 2019 season ended, many assumed that there would be a host of teams competing to attain his services.

That didn’t happen, though. He lingered on the market until well after the NFL Draft, leaving many experts wondering if his playing days were over.

On June 28, Newton signed a one-year deal with the New England Patriots worth up to $7.5 million if incentive triggers are achieved, according to Sports Illustrated. It is a great deal for the Patriots who may not be ready to hand the keys to the franchise over to second-year QB Jarrett Stidham.

Those that are keen on betting on the NFL have probably noticed that the Patriots have been the odds leader to be the team that would eventually sign Newton for some time now.

Cam Newton has now inspired several more NFL prop bets regarding his performance during the 2020 season.

The oddsmakers over at Bovada Sportsbook have provided the following Cam Newton related betting lines regarding his performance next season. In order for any of the following betting lines to pay out, Cam must start the first game of the year, and the season must be scheduled for sixteen games.

Based on these betting lines, we can assume that the following stat line is within the realm of possibility for Newton, assuming he plays a full season. A sixteen game season for Newton would mean that Belichick’s bet has paid off, as teams were uncertain about his potential after only participating in two games last year.

These numbers are not spectacular by any means, but a closer examination reveals that Newton’s rushing prowess will allow for wide open passing lanes from opposing defenses, a feature that Belichick and offensive coordinator Josh McDaniels have not had at their disposal during Tom Brady’s tenure with the team.

We can also assume a rushing yard total of around 500 yards for Newton if he can play a full season, as he has only finished below that total twice when playing at least fourteen games. The question is, can his surgically repaired shoulder hold up for a few hundred attempts, as well as a few hundred totes?

Cam has now made a prominent appearance in other betting lines, including comeback player of the year, where he is tied for first with Pittsburgh Steelers’ QB Ben Roethlisberger, as well as league MVP, where he is now in sixth place, right behind Tom Brady.

The remainder of the betting lines listed below do not require that Newton start the first game of 2020, nor do they demand a fully scheduled slate of games on the NFL’s docket for a payout.

Don’t look now, but the Patriots are also now favored to win the AFC East and are a strong contender for a Super Bowl 55 title, according to oddsmakers.

Of course, these are early predictions, and anything can happen between now and the start of the regular season in September. The odds at top betting sites will likely shift dramatically between now and then, so we advise getting in on the action now if gamblers think that these odds are overstated.