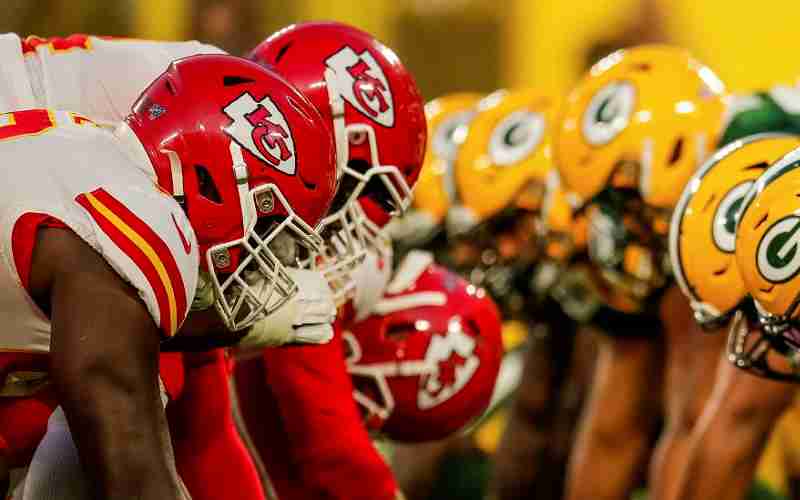 It is hard to maintain a low-profile status in the NFL as a former Super Bowl winner, former league MVP, and current top seed in the NFC Playoffs, but somehow, Aaron Rodgers and the Green Bay Packers are doing just that.

You’ll find much more chatter about Tom Brady and the Tampa Bay Buccaneers or Drew Brees and the New Orleans Saints than you will regarding the Packers, and perhaps that’s just the way second-year head coach Matt LaFleur prefers it.

In his first season with Green Bay, LaFleur led them to the NFC Championship Game where they lost to the San Francisco 49ers, a team that handed them their lunch twice last year.

This season, there’s no pesky 49ers to worry about as they are extremely unlikely to qualify for the NFL Playoffs. Although the Packers seem to be nobody’s pick to go all the way, Rodgers and LaFleur are handling their business and churning out wins.

While the Kansas City Chiefs being favored to appear in Super Bowl 55 will surprise no one, what is surprising are the two teams that propelled KC and Green Bay to their number one spots in their respective conferences.

The Washington Football Team and the Philadelphia Eagles of the NFC East were able to defeat the Pittsburgh Steelers and the Saints, respectively, knocking them out of the #1 seed and causing an upheaval in the playoff odds that have been posted at legal Super Bowl betting sites across the web.

The most bizarre part of it all is that Washington with a record of 6-7, and the Eagles with a record of 4-8-1 are not only still alive in their hopes to win the NFC East Division and host a home playoff game, but they are also still featured in the betting odds for Super Bowl 55.

In fact, Washington is in line to win the division, and with three weeks left in the 2020-21 regular season, they’ve got a chance to make it respectable and at least finish with a record of .500 or better.

A team making the NFL playoffs with a losing record was a concern of many critics when the league decided to allow an extra Wild Card team from each conference. However, with each division only containing four teams, the NFC East is exposing the reality that all four can and will be sub-par at the same time.

While there have been division winners with an even 8-8 record before, there has never been one with a losing record.

Each weekend’s slate of games seems to offer competitive enough matchups that will serve to separate the NFC East and produce a clear-cut leader, but with three weeks left to go, another Washington win ought to eliminate the other divisional teams from Super Bowl futures.

That’s quite an accomplishment for first-year head coach “Riverboat” Ron Rivera who is known for taking risks in his play calling choices, and is not afraid of fake punts, kicks, or going for it on 4th down.

Had he not opted to go for a 2-point conversion early in the season against the New York Giants instead of kicking an extra point and going to overtime, Washington could have already had the division wrapped up.

With a strong defensive effort, a solid running game, and consistent, short-yardage passing, perhaps Washington has what it takes to not only deserve to make the 2020-21 NFL Playoffs, but also manage to advance a round or two.