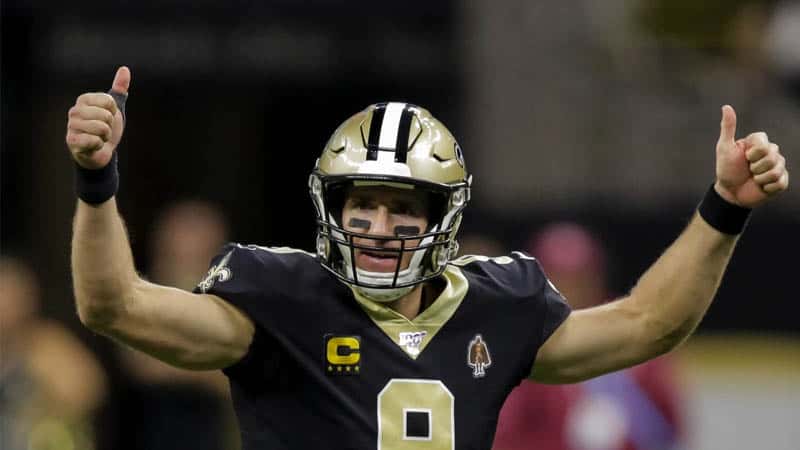 Quarterback Drew Brees underwent surgery to repair the thumb on his throwing hand five weeks ago, but you wouldn’t have known it after the Saints dominated the Arizona Cardinals on their way to a 31-9 victory in the Superdome.

Brees completed 34 of 43 pass attempts for 373 yards and three touchdowns yesterday. When asked how his thumb felt following the win, the Saints QB said, “It felt really good” to get back on the field even if some argued that he should have held waited a couple of more weeks.

“I know the thought would be, ‘Hey, why don’t you just wait until after the bye week? Everything seems to be going well. So why take the chance?'” Brees told ESPN following the victory. “But, hey, I’m a football player. … As soon as I could get back, I was gonna get back.”

Brees was initially injured during the second drive of the Saints’ Week 2 NFC championship rematch against the Los Angeles Rams.

The Saints would lose 27-9 to the Rams, but that’s been the only blemish on their resume throughout the 2019 NFL regular season.

Backup QB Teddy Bridgewater stepped up big time for coach Sean Payton and the Saints, posting a perfect 5-0 record while their surefire first-ballot Hall of Famer was forced to the sidelines.

Bridgewater also played a fundamental role in keeping the Saints very much in contention to lift the Lombardi Trophy.

The Super Bowl odds for Saints took a hit following the injury to Brees, but after rolling off five-straight victories, the team under Bridgewater managed to take second-place last week at +600 odds (14.29% chance).

Now, with Brees back at the helm and 100% healthy—and following a stellar showing yesterday—the public betting markets appear even more confident in the Saints’ chances of winning it all.

After yesterday, the Saints—with a 7-1 overall record heading into the Week 9 bye—are now listed at +500 odds (16.67% chance). The New England Patriots continue to dominate every team they face and remain the favorites with improved +220 odds (30.77% chance).

Following the Week 8 action, the current Super Bowl LIV betting odds for all 32 NFL teams can be found below and are from the NFL Futures section at Bovada Sportsbook.