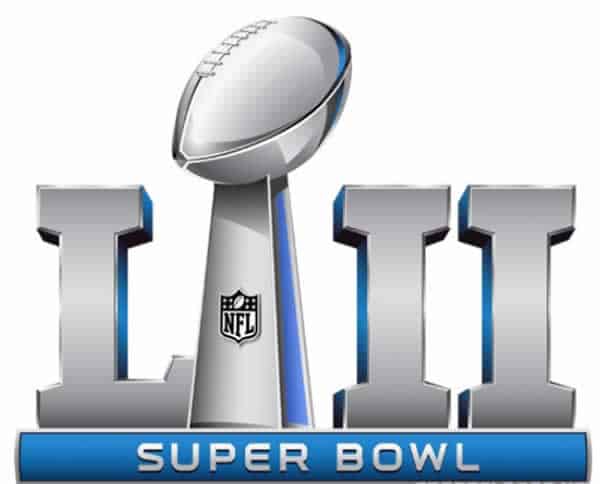 With the NFL Playoffs set to begin this weekend, all eyes are on Super Bowl LII. There are quite a few new teams in the postseason mix, along with the usual suspects, so this year’s Playoff matchups should prove interesting. Will the New England Patriots be able to defend their title? Or will new a champion hoist the Lombardi Trophy? When it comes to legal Super Bowl betting, which team are you putting your money on?

The teams with a first round bye are the Pittsburgh Steelers (won AFC North), New England Patriots (won AFC East), Philadelphia Eagles (won NFC East) and Minnesota Vikings (NFC North). It is no surprise that Pittsburgh and New England came out on top of their divisions. The 2 teams played each other in last year’s AFC Championship and many believe that a rematch is coming soon. This would be exciting given a controversial call that saw the Steelers lose to the Pats right at the end of the season and New England picking up former-Steeler James Harrison after Pittsburgh cut him. The Harrison deal is interesting because some believe the Pats signed him to get the intel on how the Steelers operate.

Philadelphia took the league by storm this year under QB Carson Wentz. They were practically unstoppable up until the point where Wentz went down with a knee injury against the Rams. Backup Nick Foles has taken over, but the Eagles looked rough in their last 2 games of the regular season. A first-round bye should help them get it together, but everyone is waiting to see if Foles can manage the offense effectively. They’ll be taking on the winner of the Atlanta Falcons/Los Angeles Rams. If the Rams win, which looks likely, they’ll want to avenge their loss earlier this year.

Minnesota has looked dominant as well with QB Case Keenum taking over the injured Sam Bradford. Even with the return of supposed-franchise star Teddy Bridgewater, Keenum held on to the starting job. The Vikings will face off against either the Carolina Panthers or New Orleans Saints, with the Saints being tipped to win that Wild Card matchup. The Vikings beat the Saints earlier this season, so New Orleans will be looking for some redemption if they get the opportunity. However, Minnesota earned their spot for a reason and will be ready for whatever comes their way.

The interesting teams to watch in these Playoffs will be the Patriots, Steelers, Saints and Rams. These 4 look like the most solid options coming out their respective conferences. The AFC is practically a lock with either New England or Pittsburgh winning the AFC Championship—it is doubtful that newcomers Buffalo or Jacksonville will make a deep run (the winner of that matchup faces the Steelers). The Chiefs could give the Patriots trouble, but New England is a well-oiled machine looking for a second-straight championship.

If we’re talking Super Bowl betting odds, the Patriots are favored over everyone. In fact, the AFC is favored to win it all with the Steelers coming in at second. The most favored NFC team is the Vikings with the Saints falling close behind. Even though the presence of new teams in the postseason is exciting, the teams with the most Playoff experience tend to perform better.