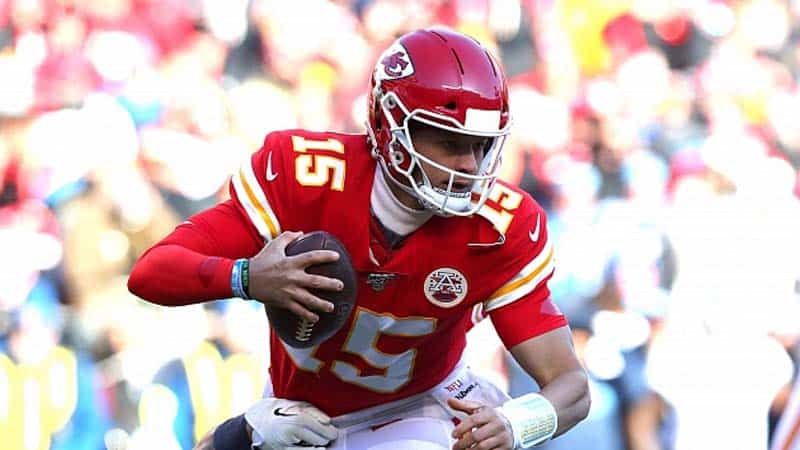 It’s the Monday before Super Bowl 54, and the Super Bowl betting odds are holding steady.  The Chiefs’ odds to win Super Bowl 54 have remained the same over the weekend with sportsbooks favoring Kansas City by 1.5 points, and the over/under has leveled out at 55.

This betting line suggests that the Kansas City Chiefs will defeat the San Francisco 49ers in Super Bowl 54 by a score of roughly 28.5 to 27.

Last Friday, we published an article analyzing the games that the 49ers played this year, where both teams scored at least 24 points.  Today we’ll have a look at the games where the Chiefs were involved in high scoring shootouts, and how they fared.

The Chiefs are 5-2 over these seven games.  The only game where the final score was within 3 points ended up being a loss to Tennessee.

The only close score victory that the Chiefs have all year is a 26-23 victory over Minnesota in week nine, and Patrick Mahomes did not play in the game due to injury.

The odds the Chiefs’ win Super Bowl 54 are holding strong, but they don’t have a victory in the books for 2019 that resembles the predictions of the oddsmakers.  Keep this in mind when considering your Super Bowl betting options.

For this analysis, we removed the week ten loss to Green Bay because Patrick Mahomes was injured and did not play.