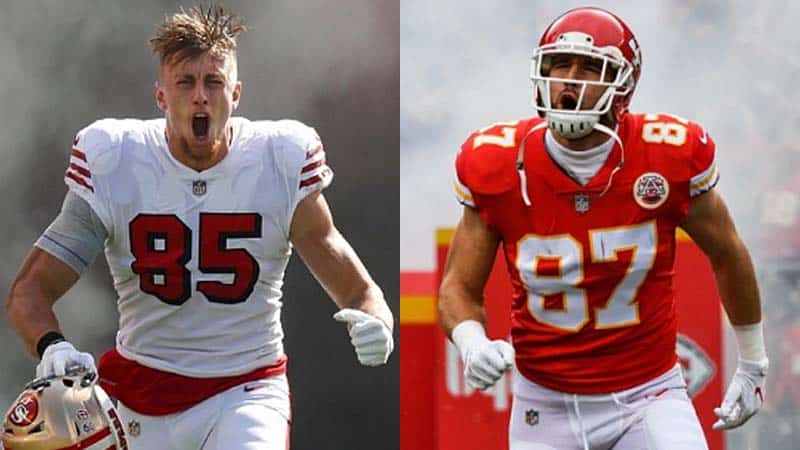 Betting on the MVP of the big game is one of the most popular Super Bowl prop bets around. In order to decide who to bet on to win the Super Bowl 54 MVP trophy, you must first determine what team is going to win the game.

Chuck Howley, a linebacker for the Dallas Cowboys, is the only player ever to lose the Super Bowl and win the Super Bowl MVP.  That said, you may want to hedge your bet and wager on a player from the team that you think is going to win the Lombardi Trophy.

Here is a breakdown of Super Bowl MVP winners by position, and the percentage of time that position has won.

With quarterbacks bringing home the MVP trophy 54% of the time, it is tough to consider other positions as potential winners. Quarterbacks do not win it 46% of the time, and there are some huge potential payouts available depending on which player becomes the Super Bowl MVP.

A handful of players have +50000 to win the MVP, but here are some players that have Super Bowl betting odds that will provide a good payout, and also have a real shot at being named the MVP.

As we scan the list of potential Super Bowl MVPs, we find Kansas City safety Tyrann Mathieu, aka the Honey Badger.  He is currently listed at +7000 odds to win MVP of the Super Bowl and is the first reasonable candidate on the list if you work from the bottom up.  A couple of crucially timed interceptions in a close game for Tyrann could make him the front runner.

Tampa Bay Buccaneers safety Dexter Jackson was able to win MVP honors in Super Bowl 37 by intercepting two early passes that turned the tide of the game.  A downside of betting on Tyrann is that defensive players rarely win the MVP award.

There is some potential for Richard Sherman, cornerback for the 49ers and Super Bowl 48 champion.  He is listed at +4000, but he is rarely thrown at these days because of his dominant play.  The key to a defensive player winning the MVP is creating or causing turnovers that matter.

Von Miller achieved this in Super Bowl 50 by sacking Panthers quarterback Cam Newton and causing a fumble that resulted in a touchdown.   Seattle linebacker Malcolm Smith was MVP of Super Bowl 48 because of a fumble recovery and a 69-yard interception return for a touchdown.

If Sherman gets an interception from Patrick Mahomes, then I doubt that the Chiefs would throw in his direction again.  Richard would need an additional fumble recovery to take home the Super Bowl MVP trophy.  The odds of this are slim but could pay off well.

Butker is currently listed at +10000 to win MVP for Super Bowl 54.  He has made 35 out of 39 field goals for a 90% average and has missed four extra points in 2019.  If the game ends up being tight, and Harrison can nail a couple of key field goals in a relatively low scoring game, then he can position himself as a potential MVP.  Only one problem: a kicker has never been named the MVP of a Super Bowl.

Robbie is listed at +10000 odds to win. Robbie has had great success throughout his career and has been known for his ability to hit field goals over 50-yards. Gould has fought through injury this season and has been a solid performer when healthy, but he has only made one field goal over 50-yards this season, and that was in the NFC championship game vs. Green Bay.

Just like Butker, if Gould can nail a couple of long field goals in a tightly contested game, he could have a shot. He made six out of eight field-goal attempts between forty and forty-nine yards in 2019, so he can still put the ball between the uprights from a good distance.

A running back has not won MVP since Terrell Davis did it for the Broncos in Super Bowl 32.  Raheem Mostert has become an intriguing candidate since posting monster numbers in the NFC Championship game – 29 carries for 220 yards and four touchdowns.

Perhaps we are due for a running back to win MVP, and Raheem is sitting at +700 odds to do so, currently the third most likely candidate according to the betting odds.

The only issue with Mostert is that he has no real history to pull from to predict his performance.  Mostert has shown flashes of brilliance but offers no long-term track record to make a bettor feel safe.

A tight end has never won Super Bowl MVP.  Perhaps this could be the year.  Two of the top five potential MVPs, according to the odds, are tight ends.  George Kittle and Travis Kelce are tied for 4th with +1400 odds to win MVP.  Considering how much Kittle and Kelce contribute to their respective offenses, they may be a fairly safe bet.

If you’re not interested in betting on which individual player will win the MVP, MyBookie has included two more betting lines that are worth considering.

Who the Super Bowl MVP will thank first?

Who will the Super Bowl MVP Award Go To?