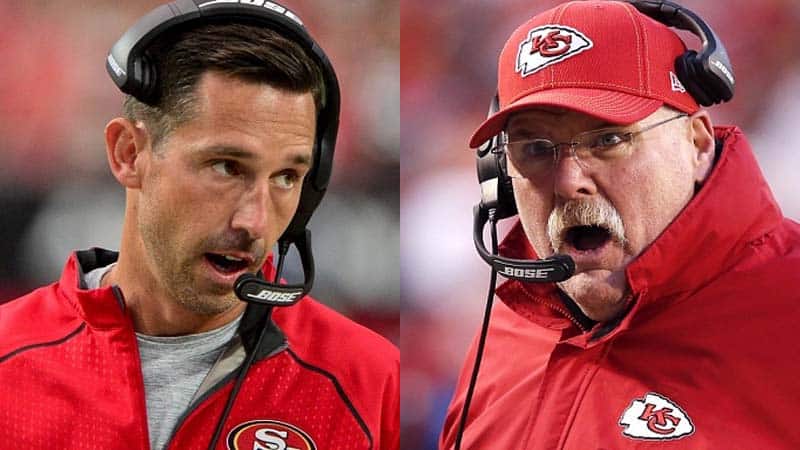 After a competitive Sunday of conference championship games, The San Francisco 49ers and the Kansas City Chiefs have advanced to face one another in Super Bowl 54.

The Chiefs began the year as a preseason favorite to win the Super Bowl after last season’s disappointing defeat at home to the New England Patriots in the AFC championship game.  Super Bowl 4 was the last time that Kansas City advanced to the title game, and it was also the Chiefs’ last Super Bowl win.

The 49ers were not on anyone’s championship radar at the start of the season and were picked to finish third in the NFC West by some publications.  Head Coach Kyle Shanahan has exceeded all expectations and is ahead of schedule for a 49ers Super Bowl victory.

This marks the 7th appearance in the Super Bowl for the 49ers.  San Francisco is attempting to win their 6th title, which will tie them for the franchise lead with the Pittsburgh Steelers and the New England Patriots.

The Kansas City Chiefs’ Super Bowl chances rest primarily on the shoulders of quarterback and former league MVP, Patrick Mahomes.  In both playoff games this year, he has helped the Chiefs overcome large early deficits with his explosive arm strength.

The most interesting matchup will be the 49ers offense vs. the Kansas City defense.  If the Chiefs cannot stop the running game of the 49ers, then it could result in a shootout with Kansas City struggling to keep pace.

The current Super Bowl betting line at Bovada Sportsbook has the Chiefs favored by 1.5 points, so a bet on Kansas City means that they will have to defeat the 49ers by 2 points or more for you to win.

How Much Money is Bet on the Super Bowl?

Super Bowl 52, where the Philadelphia Eagles upset the New England Patriots, holds the current Nevada record with $158.6 million in bets on the game.  The Los Angeles Times is reporting that they expect Super Bowl 54 to eclipse that total and become the most bet on Super Bowl of all time.

Where to bet on Super Bowl 54?

Right now, all of our recommended sportsbooks currently have betting lines offered and are ready to take wagers on Super Bowl 54.

There are many options to bet on Super Bowl 54.  Super Bowl prop bets can make the game more interesting and are available to bet on via most online sportsbooks.

Part of what makes the Super Bowl one of the most widely viewed television programs each year is the introduction of brand-new commercials during the game.

In recent years, advertising agencies have gathered many of the new commercials together and have made them available to view online in advance of the big game.  What fun is that?

Now, instead of just merely experiencing the commercials for their first run, you can place bets on many different categories.  Below are some examples of the betting lines that have been posted on Bovada.