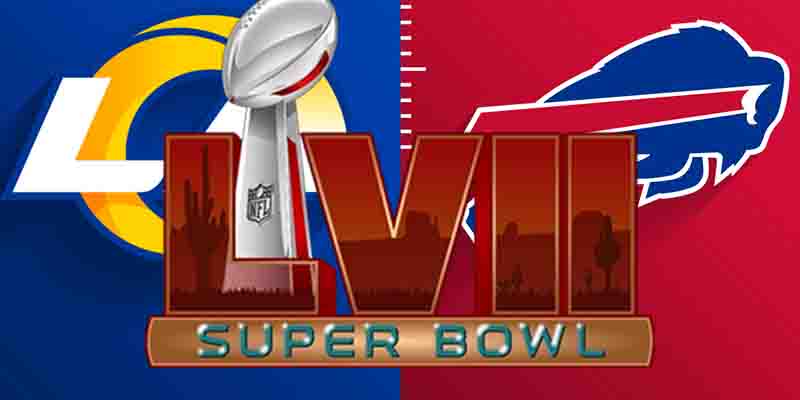 It is never too early to start thinking ahead, right? That’s exactly the frame of mind that online NFL sportsbooks are in at the moment, and quite frankly, so are we here at Legal Super Bowl Betting.

Those that bet on the Los Angeles Rams and their moneyline odds to win Super Bowl LVI are probably still celebrating on the Thursday after the big game, but NFL gambling sites have already posted futures odds for next year’s championship that are taking action now.

The current Super Bowl 57 futures are suggesting that the LA Rams will go for back-to-back titles, this time against the Buffalo Bills who were ousted in this year’s Divisional Round of the NFL Playoffs by the Kansas City Chiefs.

The Bills have been jettisoned from the NFL Playoffs the last two years in a row by Kansas City but for some reason are featured with an even moneyline for 2023.

That suggests that Buffalo somehow finds an answer for Patrick Mahomes and the Chiefs. Their identical moneylines also indicate that no other teams in the AFC are a match for either of them.

That leads us to believe that the odds for betting on the Kansas City Chiefs to win Super Bowl 57 are a wise investment.

The reason is that Kansas City appeared more vulnerable than ever in 2021-22, starting the regular season off slow and getting taken to the wire in each of their postseason games.

The Chiefs have an entire offseason to improve their roster and tighten up the offensive line whereas the Bills seem to be hovering at peak level.

The odds for betting on the Bengals are promising for another Super Bowl return as they are the third-rated team in the American Football Conference.

The main competition in the NFC for the Rams appears to be offered by their division mates in the west, the San Francisco 49ers.

San Francisco is poised to trade current starting quarterback, Jimmy Garoppolo, to a willing suitor, and the above Super Bowl betting odds imply that Trey Lance will perform well under center for the 49ers in his second season.

A deep sleeper Super Bowl bet included above are the odds on the Denver Broncos to win set at +1800. Consider laying some action on the Broncos moneyline now if you believe Aaron Rodgers will end up as their Week 1 starting quarterback in 2022-23.

Once Rogers signs with Denver, their moneyline will likely be cut in half, and so will the profits of bettors who hesitate. Bet now.