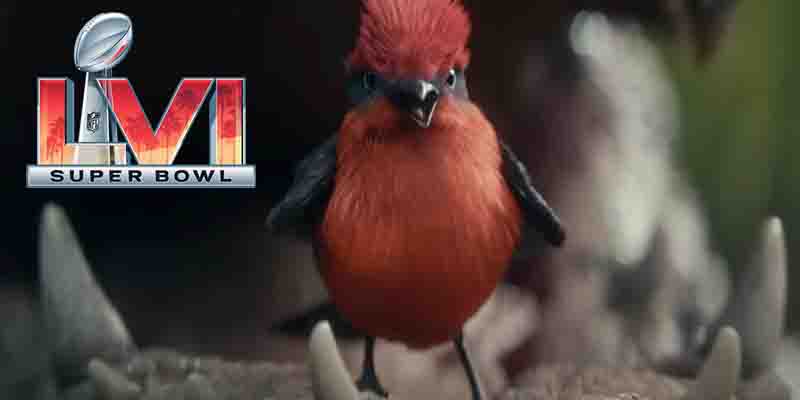 One element that we advise everyone to add to their Super Bowl 56 bet schedules are commercial prop bets that cover variables involving the advertisements that appear during the game breaks.

Here are some of our staff’s favorite Super Bowl commercial prop bets for today’s big game.

When it comes to Anheuser Busch and whether they’ll feature a Super Bowl commercial, it is not a matter of if, it is a matter of when.

Super Bowl prop bets for the order in which Budweiser commercials appear will award at least 2-to-1 payouts if selected correctly, and at the moment, Bud Light Next is the odds on favorite to roll out first.

Meta, aka Facebook, is poised to get the edge on their online conglomerate counterparts, and the above Super Bowl 56 odds suggest they’ll pop up on the SB schedule earlier than the rest.

We’re not sure what these four brands above have to do with each other, but there are even odds for which one airs first this evening suggesting that the order of appearance is anyone’s guess.

Last year, Mila Kunis and Ashton Kutcher made a splash with their Cheetos advertising campaign that was set to the music of Shaggy’s “It Wasn’t Me.”

This year, Kunis has teamed up with Kutcher’s ex-wife, Demi Moore, to promote AT&T, the brand that is favored to air during Super Bowl 56 prior to Expedia’s Ewan McGregor spot.

Some Super Bowl commercials have already hit the airwaves and are in rotation prior to the big game. The following Guy Fieri Bud Light Seltzer commercial is making the rounds online, which means they’re probably not as anxious to ensure their ad airs earlier in the game than Booking.Com’s does.

The Terminator, Arnold Schwarzenegger is teaming up with Salma Hayek to pimp BMW and their latest line of automobiles and SUVs.

While we’ve yet to see what Hayek’s role will be, Arnold will once again play Thor as he did in the following teaser for BMW’s Super Bowl commercial.

The above Super Bowl betting odds for commercial props are just a sample of what is on the boards and taking action for this evening’s game. Be sure to get in on these Super Bowl odds early, however, because the commercials begin as soon as the broadcast gets underway.