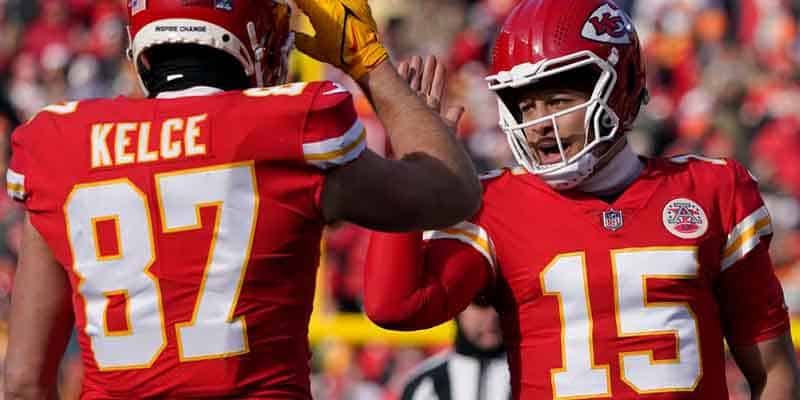 The NFL Playoff field has narrowed down to the final eight franchises that are competing to win Super Bowl 57. Four games will go down this weekend, and the winners will get to advance to their respective Conference Championship Games, the last step before reaching the Super Bowl.

Current Super Bowl futures favor an outcome where the Kansas City Chiefs win it all, but they are only 50 points ahead of the Buffalo Bills in the moneyline odds.

The lines for betting on the Kansas City Chiefs have granted them an -8.5 advantage in the point spread over the Jacksonville Jaguars, the largest margin of the Divisional Round Weekend.

The Bills appear to be in for a much more closely contested matchup against the Cincinnati Bengals. Buffalo is hosting the game and is currently holding a 5-point edge in the spread.

The Bills vs. Bengals game is a rematch of their canceled contest from Week 17 which was called off when Buffalo safety Damar Hamlin suffered a severe heart-related injury after making a tackle in the first quarter.

This epic clash between Buffalo and Cincinnati has the potential to propel the winner to favored status in the Super Bowl LVII odds.

No matter who you lay your action on to win it all, as long as your choice is correct, you’ll be in line for exponential profits when it is time to cash out.

For instance, even betting on the favored Chiefs will result in 3-to-1 net payouts if they win. Betting on the Cincinnati Bengals right now will yield $8 in cash profits on a $1 wager if they win a Super Bowl championship.

Bovada.LV has created an entire section devoted to “NFL Divisional Round Specials,” where prop bets like the following can be found.

That means that most of the work is going to be done by KC, led by quarterback Patrick Mahomes who has continued his dominant play even after the offseason loss of his best wide receiver, Tyreek Hill.

NFL Playoff odds for the lowest combined points favor the 49ers and Cowboys to feature the fewest offensive fireworks, and that’s largely due to San Francisco’s dominant defense.

The above prop is listed in the same order as the over/under totals for this weekend’s games.

Game lines for this weekend’s playoff matchups will become live and remain on the boards throughout most of the duration, but these props will likely be removed after the kickoff of the first contest.