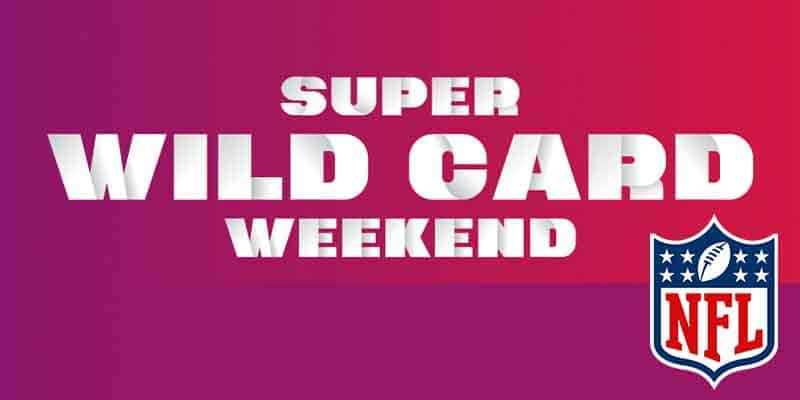 The 18 week NFL regular season has concluded, with Wild Card Weekend set to begin tomorrow at 4:35 PM when the overachieving Seattle Seahawks travel to Levi Stadium to face the #2 seed San Francisco 49ers.

Super Bowl betting sites are granting the 49ers a 10 point spread over their NFC West rivals, a Seahawks team that they’ve already beaten twice this season.

Seattle has surprised many with their play this year following the departure of QB Russell Wilson and the installation of journeyman Geno Smith. Now, the Seahawks have been awarded the #7 seed for their efforts but have had issues moving the ball against San Francisco’s stout defense.

SF is going through their own quarterback struggles as they are down to their third-stringer, Brock Purdy, who has the 49ers entering the playoffs red hot. Look for San Francisco to win easily and possibly cover.

The final game on Saturday begins at 8:15 PM in Jacksonville, as the AFC South Champion Jaguars host the 5-seeded LA Chargers. The road team is expected to win, as Los Angeles possesses an NFL point spread of -2.5.

As lousy as Jacksonville looks on paper and in reality, they could actually pull out a win tomorrow night as QB Trevor Lawrence has found his comfort zone in the back half of this season. Look for Jacksonville to cover or outright win.

It seems that quarterback troubles are the main storyline of more than one matchup this weekend, as the Dolphins will be without starter Tua Tagovailoa for the third game in a row.

In Tua’s place will be rookie Skylar Thompson, who has performed miserably thus far. We advise betting on the Bills to cover because the Dolphins have little to no chance of hanging with Buffalo at their house with Thompson under center.

This game features a 3 point spread granted to the home team, indicating an even matchup between the #3 Minnesota Vikings and New York Giants.

Both teams have plenty of offensive firepower, but they’re also inconsistent and can struggle against any given NFL team. For these reasons, we’re laying off of this game completely and placing our wagers elsewhere.

The third game on Sunday is a prime-time affair with a kickoff set at 8:15 PM. The Ravens are a 10 point underdog, and why shouldn’t they be? They just lost to the Bengals at their house on Sunday by 11.

However, familiarity breeds… familiarity, and we’re not betting on the Bengals to cover the 10 points this weekend. We do expect Cincinnati to win the game, but their money line is too steep at the moment.

Dallas is favored by -2.5 on the road at Raymond James Stadium, and while that may seem like a safe cover, do not underestimate the presence of Tom Brady on the other side of the ball.