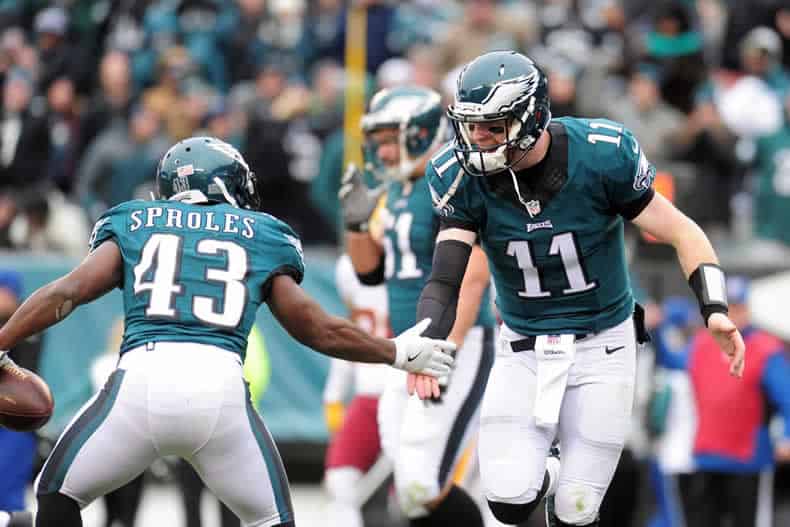 Everyone has been talking about how Super Bowl LII will be a defensive showcase for both teams. While it is true that both teams possess strong defenses, you must give credit to their offensive units. For example, as good as the Eagles’ defense is, they will be dealing with QB Tom Brady and TE Rob Gronkowski. The Patriots defense may be led by a strong DC in Matt Patricia, but they have to worry about a number of receivers and running backs. When participating in Super Bowl betting online, you want to cover every angle before placing your wager. Let’s examine some key matchups heading into the big game.

When the Eagles have the ball, expect an emphasis on their run game from the beginning. After all, they had the #1 rushing offense in the league this year. RB LeGarrette Blount was their #1 back for most of the season. The former Patriot has a bullish run style and had a strong career in NE. His time in Philadelphia has been successful as well, with a total of 766 total yards. His role has taken somewhat of a backseat to RB Jay Ajayi, who was picked up from the Miami Dolphins midway through the season. Ajayi has been their main guy since then, especially in the Playoffs. Ajayi had 21 touches in the NFC Championship. The formula seems to be utilizing Ajayi to charge down the field and then bring in Blount to penetrate the red zone. An X-factor for the Eagles is RB Corey Clement. The undrafted rookie has had a decent season and provides relief for Ajayi and Blount. He also provides another passing option for QB Nick Foles.

As if the run game wasn’t enough, the Eagles have the best offensive line in the league. C Jason Kelce, RG Brandon Books, RT Lane Johnson, LG Stefen Wisniewski and LT Halapoulivaati Vaitai are a stout blocking force. They’ve been able to create holes for the Eagles’ backs to run through all season long. They also provide protection for Foles to pass to his arsenal of receivers.

The Patriots have numerous receivers to worry about, which is why they can’t entirely focus on blocking the run and overcommit. The #1 receiving option is Alshon Jeffery. Jeffery put on a show in the NFC Championship against the Vikings. He had 2 touchdowns, including a bomb from Foles. The Eagles will try to get him matched up with Malcom Butler, as the size differential is in Jeffery’s favor. However, he may have more difficulties against the bigger Stephen Gilmore. Foles will look to TE Zach Ertz often, as he has been an X-factor for them. The Pats will likely try to double team often, however overcommitting to Ertz frees up Jeffery, Nelson Agholor and Torrey Smith.

Speaking of Agholor, he will make up an interesting option for the Eagles. Agholor may be matched up against CB Eric Rowe, who is the weakest link in the Pats’ secondary. Agholor’s speed and quickness has left multiple corners behind, so if Rowe struggles to contain him, the Pats may have to shift their coverage.

Another matchup to watch is the left side of the offensive line against DE/DT Trey Flowers. Flowers had multiple sacks in the Pats Super Bowl 51 comeback. He had a sack against QB Marcus Mariota in the Divisional Round and 9 tackles against the Jaguars in the AFC Championship. Flowers is up against stiff competition, but the left side of the line would be his best way in on Foles, so keep an eye out on his pressure.

The current Super Bowl odds have the Patriots as 3-point favorites. However, if the Eagles can expose the Pats’ defensive weaknesses through their multiple receivers and running backs, they could break out to an early lead. The o-line will play a major factor and could determine the Eagles’ offensive fate, however they are a strong bet with their #1 ranking.