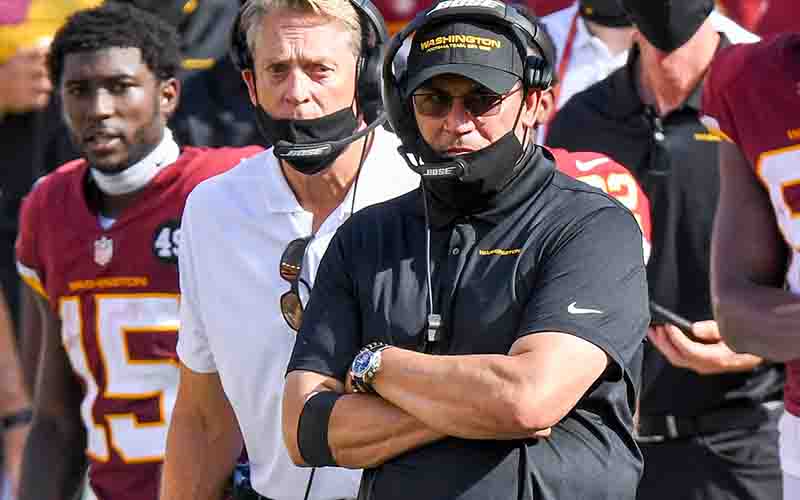 With five weeks to go in the 2021-22 NFL Season, only the Houston Texans have been eliminated from playoff contention.

That’s mostly due to large packs of teams settling in the middle in the AFC and NFC, with the latter likely to produce a pair of wild card teams from the realm of mediocrity.

Check out the current NFC playoff standings to see what we mean.

Spots 6 through 12 are separated by a single game in the standings, meaning that the final two wild card seeds are completely up for grabs.

Super Bowl futures odds are a pretty good indicator of NFL Playoff qualifiers if you simply take the top 14 teams listed and assume they’ll make it to the postseason.

Here is what Bovada Sportsbook is suggesting will be the top 7 NFC teams according to their latest Super Bowl odds.

While not presented in the exact same order as the current rankings, the teams are identical save for Washington who gives way to the Minnesota Vikings.

The above Super Bowl 56 betting odds are indicative of where NFL sportsbooks believe the standings will rest at the end of the regular season, and does not represent what is happening right now.

That’s why it is beneficial to bet on the Super Bowl sooner than later – the moneylines are sky-high for all teams still alive in the NFL Playoff hunt.

The sportsbooks that populate our list of Super Bowl sports betting site reviews are unanimously projecting that the Tampa Bay Buccaneers will win their second Lombardi Trophy in a row, but that doesn’t necessarily mean they will win the number one seed in the NFC.

It doesn’t exclude them from achieving #1 status, either. One glance at the Buccaneers’ remaining schedule and it is tough to imagine they’ll lose another game in 2021-22.

That’ll place the Bucs with a final record of 14-3, and if the Arizona Cardinals or Green Bay Packers slip up along the way, the door will open for Tampa Bay.

Green Bay and Arizona each have tough roads to hoe, but all three of the top seeds in the NFC are expected to be gobbled up between them and Tampa Bay,

Dallas does not have the NFC East wrapped up because of the surging Washington Football Team and the Philadelphia Eagles, but they’ve likely amassed enough wins to earn a division crown as long as they don’t drop all of their remaining games.

The LA Rams pretty much have the 5th seed locked up, with spots 6 and 7 remaining to be won by the best-of-the-rest.

The team getting the least publicity at the moment is the Green Bay Packers. Is the stank of their embarrassing Week 1 loss to the New Orleans Saints still lingering in the minds of oddsmakers and fans?

The Packers is our staff’s sneaky pick to win the NFC this year, and we’ve laid a few hedge bets on their 7-to-1 net payout potential in the Super Bowl LVI odds. Good luck!