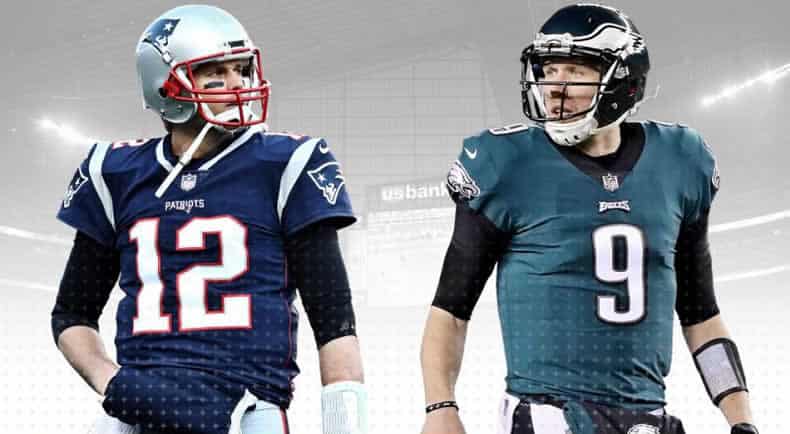 A lot of the sports talking heads have been circulating this idea that Super Bowl 52 will be a defensive showcase. It is not difficult to see why, as both the Eagles and Patriots defenses are ranked in the top 5. However, their offenses also fall in the top 5. While the standard Super Bowl betting options are for the whole team to win, you can bet on select units from each team. Let’s explore the possibility of this game opening up on the offensive front, which may very well happen.

The Eagles may have the #4 defense in the league based on their statistics, but the Patriots have the #1 quarterback in Tom Brady. Brady could be in his last season at 40 years old, but he is defying his opponents and leads the league in passing yards with over 4,000. The Eagles’ defense is effective, especially with Ronald Darby and Malcom Jenkins, but the Patriots have plenty of weapons that could disrupt the defensive strategy. If TE Rob Gronkowski is in the game, expect the Eagles defense to be preoccupied with him. Not to mention the presence of Danny Amendola, Brandin Cooks, Chris Hogan, Philip Dorsett, Jacob Hollister, etc. It is more likely that Brady will sling the ball downfield as much as he can, thus not having to rely on the running game to drive down the field.

RBs Dion Lewis, James White and Brandon Bolden have been leading the rushing charge this postseason, but with not as much success as the Pats would probably like. Lewis tends to be the spearhead while White runs in the red zone. The Eagles defense has been good about stopping the run against most opponents (just look at Devonta Freeman of the Atlanta Falcons in the Divisional Round) and will probably be strong again against the Patriots.

QB Nick Foles is nowhere near the level of player Tom Brady is, but Foles gets relief from the #1 offensive line in the league and a solid running game through Jay Ajayi, LeGarrette Blount and Corey Clement. With adequate protection, Foles can look to his deep receiving corps of Alshon Jeffery, Nelson Agholor, Zach Ertz and Torrey Smith. The Eagles defense is coming off a lockdown performance against the Minnesota Vikings, so they will be confident.

If the Eagles seriously want to win this game, they need to slow down their offense. Use short runs and completions to eat up the clock, chip away at the defense and most importantly, keep Brady off the field. Brady can make miracles happen in no time at all. Limiting his involvement will put the Eagles in control. Most Super Bowl 52 betting odds have the Patriots winning, but if Foles and the Eagles offense do not rush their way down the field each drive, they could potentially ice Brady and keep him out of the game. When he is on the field, best to keep the receivers covered as tight as possible to force a lackluster rush offense.