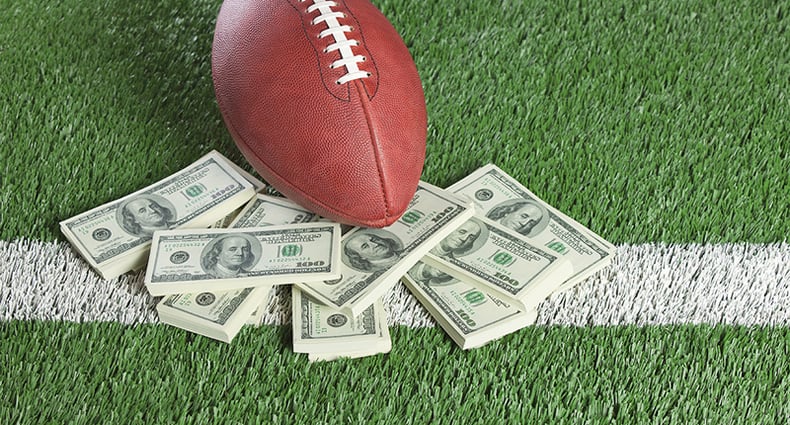 Betting on the Super Bowl has evolved into a  beloved American pastime. Outside of the novelty and lore of the game, there is a lot of money to be made on Super Bowl bets, including point spreads, moneyline bets, totals and props. The past 3 Super Bowls generated at least $300 million in wagers. Super Bowl 51 between the New England Patriots and Atlanta Falcons broke the record with $138.4 million placed in bets. Super Bowl 52 between the Patriots and Philadelphia Eagles may continue the trend and break that record.

Oddsmakers pinned the Patriots as the favorites to win. Initially, the point spread saw the Pats winning by at least 5 points. In a normal regular season scenario, you would take the over on that line all day, especially against the Eagles. The 2017/2018 league is different, and both teams are the top seeded in their respective conferences. Since the original line came out, the point spread has dropped to 4 ½ in most sportsbooks—even lower in others.

Most Las Vegas sportsbooks have reported way more bets in favor of the Eagles, meaning bettors are expecting an upset. The Westgate SuperBook was reportedly skewed towards Philadelphia to the tune of 79% of early wagers going that way. The Golden Nugget sportsbook is apparently on more of an even keel regarding bets placed and has kept their spread at -5 for the Patriots. Manager Aaron Kessler stated that they would not be budging on their line.

Some people are betting big money on the Eagles to win. A bettor reportedly placed 3 separate moneyline wagers for a total of $700,000 at CG Technology sportsbook. If these bits hit, the net win will exceed $1 million. This individuals wagers only added to the already lopsided sportsbook, leaning heavily in favor of New England. Representatives from the sportsbook are hoping New England pulls through so they can turn a nice profit off all these Philly bets.

South Point Casino is another venue with some large bets on the table. An individual reportedly placed 4 money line bets amounting to $500,000 on the Eagles. If they win, his profits would be totaled at $820,000. MGM Sportsbook had a multimillion dollar bet placed on Philadelphia. MGM representatives have not disclosed the information of the bettor, how much the wager was or whether it was on the point spread or a moneyline bet, but the sportsbook did drop the spread from 5 ½ to 4 ½ , which may reveal something.

Prop bets are another exciting way for people to get in on the action. There are many different props available, spanning everything from the game to Justin Timberlake’s halftime show. Westgate has reported that the most trafficked prop bet is whether Pats RB James White will score a touchdown. They opened the line at “Yes +280” and “No -260,” but have since shifted the ‘Yes’ wager to +210.

The final betting statistics will not be known until after the big game, and these are only figures for brick-and-mortar sportsbooks in Vegas. Licensed offshore sportsbooks have their own figures to account for. One thing is certain, Super Bowl 52 seems to be on its way to becoming the most lucrative NFL championship game in history.