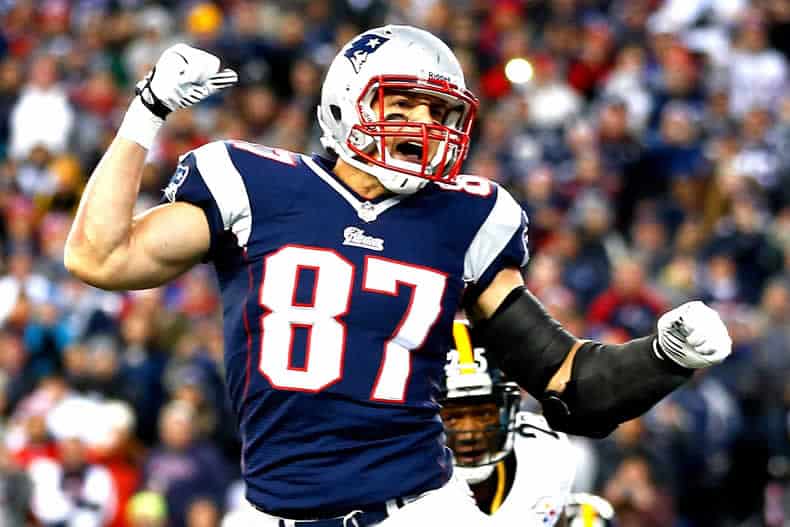 For all those legal Super Bowl betting participants who wagered on the New England Patriots to win, you can now breathe a sigh of relief. TE Rob Gronkowski was cleared to play Sunday after passing the NFL’s concussion protocol. With Gronkowski active, it takes pressure off WRs Brandin Cooks, Danny Amendola and Chris Hogan. On the other hand, it creates a massive problem for the Eagles defense.

Gronk was injured on a long pass play late in the first half of the AFC Championship against the Jacksonville Jaguars. S Barry Church came in at full speed and laid Gronk out on a helmet-to-helmet hit. The Patriots were already down at this point, so losing Gronk was not a good sign. With a 10-point deficit at the start of the fourth quarter, the Pats would’ve loved to have him on the field. If not for QB Tom Brady and Amendola, the Patriots would not be in the Super Bowl this year.

In the weeks leading up to Super Bowl 52, Gronk’s status was a bit of a question mark. He was listed on the team’s initial Injury Report, even though there was no formal practice held at the time. There were those who assumed he would play and the confusion was a smokescreen tactic employed by the Patriots and there were others who figured he might not play at all. If there were not a 2 week break between the conference championships and the Super Bowl, the Patriots would’ve likely played without him. Thankfully, the additional week gave him and the medical staff more time to go through the motions and make sure he could play.

The tight end was glad to hear the news, even though he believed he would be playing the entire time. He told the media that he just had to go through the formalities of the procedure, but he is ultimately thankful for the doctors and their aid. He participated in the last practice and says he is ready to roll for this Sunday.

Now that Gronk is officially in the mix, he can work his magic with the Pats offense. No doubt the Eagles defense will keep a close eye on him, but even if he is covered tightly throughout the game, Gronk can contribute in other ways. He can divert the attention of Eagles defenders, thus freeing up space for Cooks, Amendola and the other defenders to make plays. There likely will not be much of a Patriots rushing effort, so expect a lot of pass plays with Brady at the helm.

Gronkowski is the Patriots’ x-factor and he is itching to play after missing the entire second half of the AFC Championship. This could go 2 ways—either he has an incredible game after coming off the break or he is a little rusty. Once Gronk gets going, he is hard to stop. Brady will probably hit him early to get him activated. The odds say the Patriots will win this game, and with Gronk on the field, there’s a good chance of that happening.